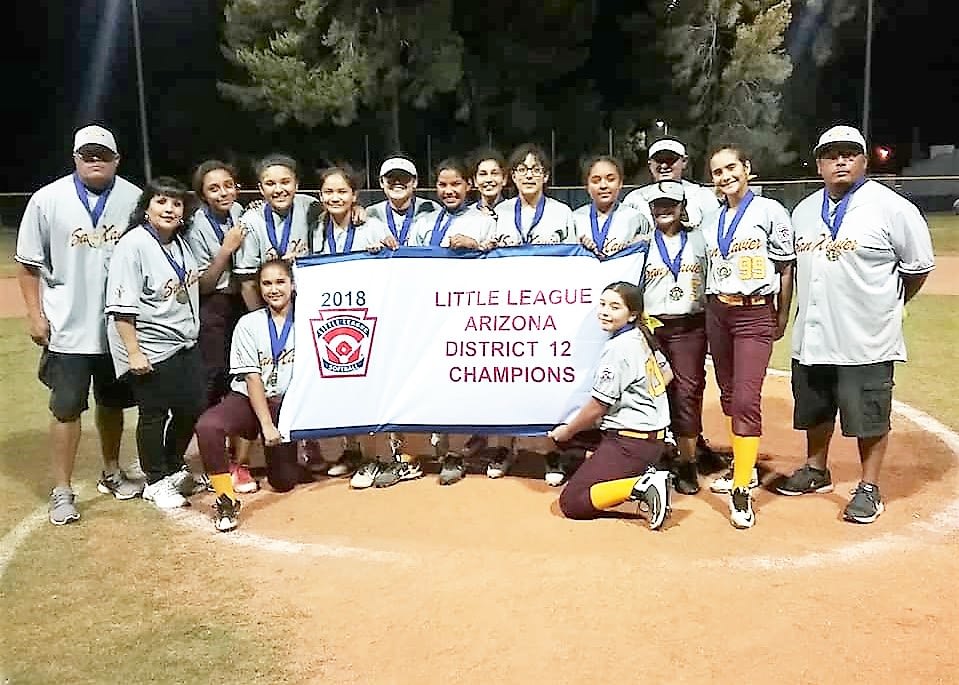 Rincon (2-0) is in the winner’s bracket semifinal round at the 9-11 Baseball Tournament taking place in Mesa. Canyon View (0-1) and Sierra Vista (0-1) face elimination on Tuesday night.

Western, Nogales and Sunnyside begin play at the Little League Baseball Tournament on Wednesday in Scottsdale.

Marana (1-1) needs to win tonight at the 9-11 Softball Tournament to advance to the championship series against Queen Creek (3-0) in Avondale.

Oro Valley (2-0) and Nogales International (2-0) play each other Wednesday night in a winner’s bracket semifinal game.

Tucson Mountain (2-2) served as the host team of the tournament while Flagstaff (1-2) is the Arizona state champion. Flagstaff beat Oregon 12-11 Monday night to advance to the final of the consolation bracket where the team will face Burbank Southern California (2-2) Tuesday night.

The winner of the tournament will advance to Kirkland, Washington to play in the Junior League Softball World Series, starting on July 29.