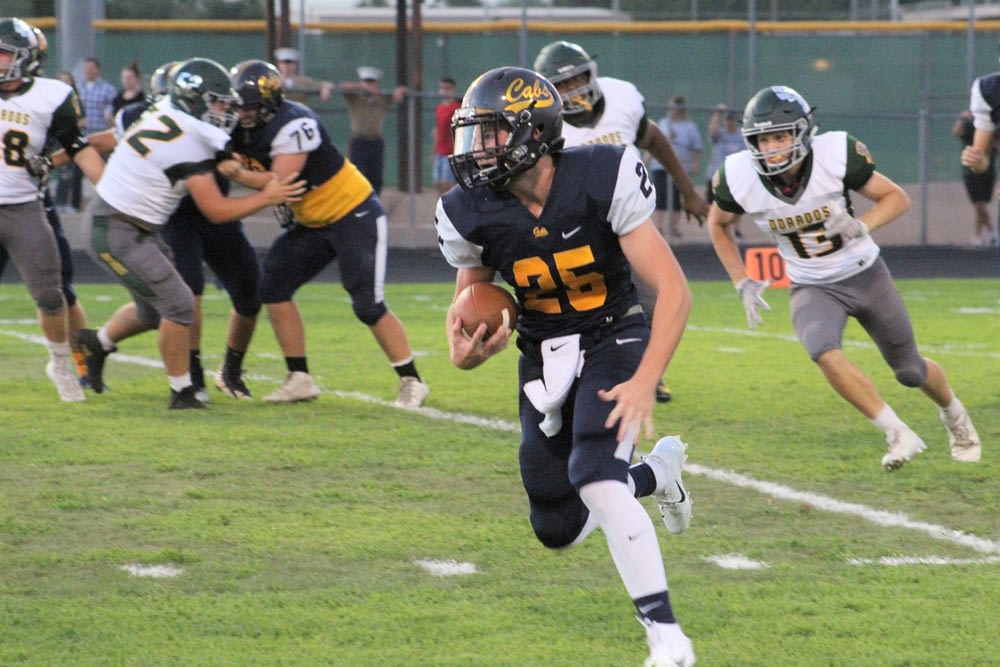 Often overlooked, the extra point is a vital part of the game. In all, Canyon del Oro was unable to connect on five chances Friday night and Flowing Wells saw that opening, took advantage and held on for a 38-37 win at home. It was the first win against the Dorados since 2003, an 0-7 streak that was punctuated by six straight losses to former Caballero standout, and current Canyon del Oro head coach, Dusty Peace.

The Caballeros took a 38-31 lead with 6:08 left in the game on a 37-yard dash from Raashad Henderson but that lead was far from safe, not in a game where the lead seemingly changed hands on almost every drive. Six minutes felt like an eternity….

The two teams have played each other 35 times since 1966 and the Dorados have a 21-14 edge on the Caballeros.

Former Dorado Robert Metz is assisting Peace during his offseason with the Green Bay Blizzard of the Indoor Football League. Metz earned All-IFL status last year and he recently signed a new contract with the team.