Utilizing the ability of Marana quarterback Trenton Bourguet, Southern Arizona’s leading passer, to complete throws all over the field to multiple receivers, the Tigers’ Diego Miranda and Isaiah Roebuck have evolved into the best one-two punch of receivers in Southern Arizona.

Miranda, who has 23 catches for 304 yards, is the second leading receiver in the Southern Arizona, behind only Bisbee’s highly productive Dano Lopez (phenomenal 42 catches for 679 yards). Roebuck, only a sophomore, is right behind Miranda with 22 catches for 348 yards. 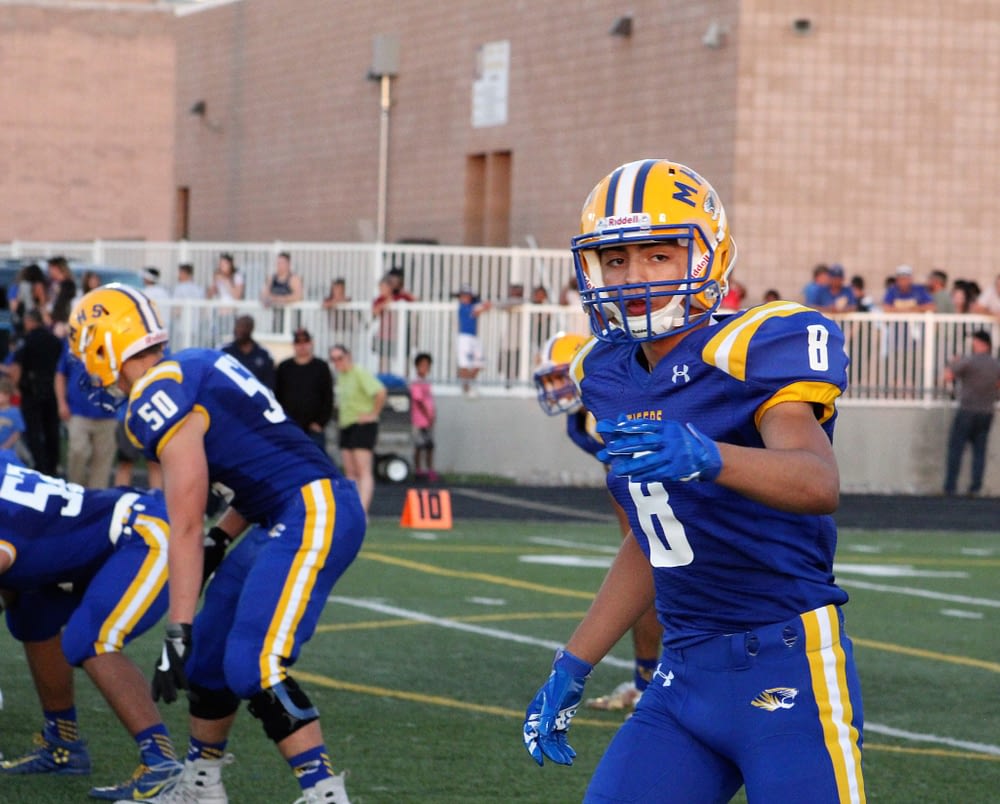 Bourguet has completed six touchdown passes to them, four of which are to Miranda, a senior.

Bourguet’s brother Coben is another reliable target with 12 catches for 243 yards and three touchdowns.

RELATED: Stats of the top quarterbacks and rushers in Southern Arizona.

Touchdown Marana. Isaiah Roebuck with the 13 yard catch and run for the score. Tigers lead Fairfax 13–0 with 10:05 left in the third. #AZHSFB pic.twitter.com/yErbkEOiXE

Coming out of the backfield for Marana is diversely talented running back Xoeius Ratliffe, who has 14 catches for 158 yards to go along with his 394 yards rushing on 76 carries.

Here are the top receivers statistically in Southern Arizona through the halfway point of the season (stats provided by AIA365.com via MaxPreps).