Something about Arizona playing at UCLA for Tucson-area quarterbacks to come to the forefront.

Rhett Rodriguez of Catalina Foothills High School — you know him more as Rich Rodriguez’s son — will add to the list Saturday of homegrown quarterbacks starting or playing an important role for the Arizona Wildcats against the Bruins at the Rose Bowl in Pasadena, Calif.

The Wildcats and Rhett Rodriguez hope for a much better fate than his predecessors there.

Rodgriguez is starting in place of the injured Khalil Tate, who blossomed into a Heisman candidate under Rich Rod last season in a magical October. This October is something different for Tate, who has been hobbled by an ankle injury most of the season.

In an interesting twist, former Rincon High School quarterback Billy Prickett — now known as Tucson orthopedic surgeon William Prickett — had his first career start at UCLA in October 1991 as a fifth-year senior who was a former walk-on.

Dick Tomey started Prickett in place of George Malauulu, who was out with a shoulder injury. UCLA won 54-14 as Prickett had half as many interceptions (three) as completions in 13 attempts.

Former Sahuaro High School quarterback Ryan Hesson also had a forgettable experience at UCLA in 1993 after coming off the bench for Dan White and his backup Brady Batten — both of whom were injured in the game.

Hesson, a walk-on sophomore that year, was with the Wildcats from 1993 to 1996, but mostly as a holder for field goals. Never a starter, he attempted 21 passes in his career and completed nine for 113 yards.

Arizona started 7-0 and ranked No 7 in the AP Top 25 poll when it played the Bruins in 1993. One of Hesson’s passes was intercepted and returned 64 yards for a touchdown in the Wildcats’ 37-17 loss. 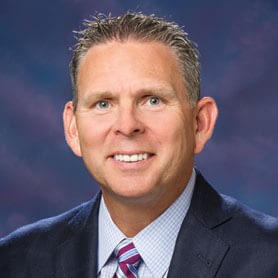 Tomey told repoters after the game, “If you have to go three-deep at quarterback, you’re in trouble.”

Arizona likely will go three deep on Saturday, as another Tucson product, true freshman Jamarye Joiner of Cienega High School, may get more reps to gain experience. Joiner can play up to four games (he has played in two thus far) and keep his redshirt status.

Rhett Rodriguez will become the third Tucson-area quarterback to start for the Wildcats in the Pac-10/12 years.

Amphi’s Jim Krohn started for Arizona in 1978, Arizona’s first year in the conference. Krohn was also the starter in 1979. How fitting on the 40th anniversary of Arizona’s existence in the conference a quarterback from these parts will fill the same role as Krohn.

Prickett, Hesson and Krohn all went on to successful careers beyond their football playing days at Arizona.

Hesson is the president of Yazaki Energy Systems in Plano, Texas.

Krohn is the president of the Irvine Company Apartment Communities in Newport Beach, Calif.