Information for this report provided by the Pima media realtions department.

Freshman Hallie Lawson (Gilbert Campo Verde) and sophomore Shauna Bribiescas (Dobson) each had double-doubles to lead the Aztecs, who are 9-8 overall and 5-4 in the ACCAC. 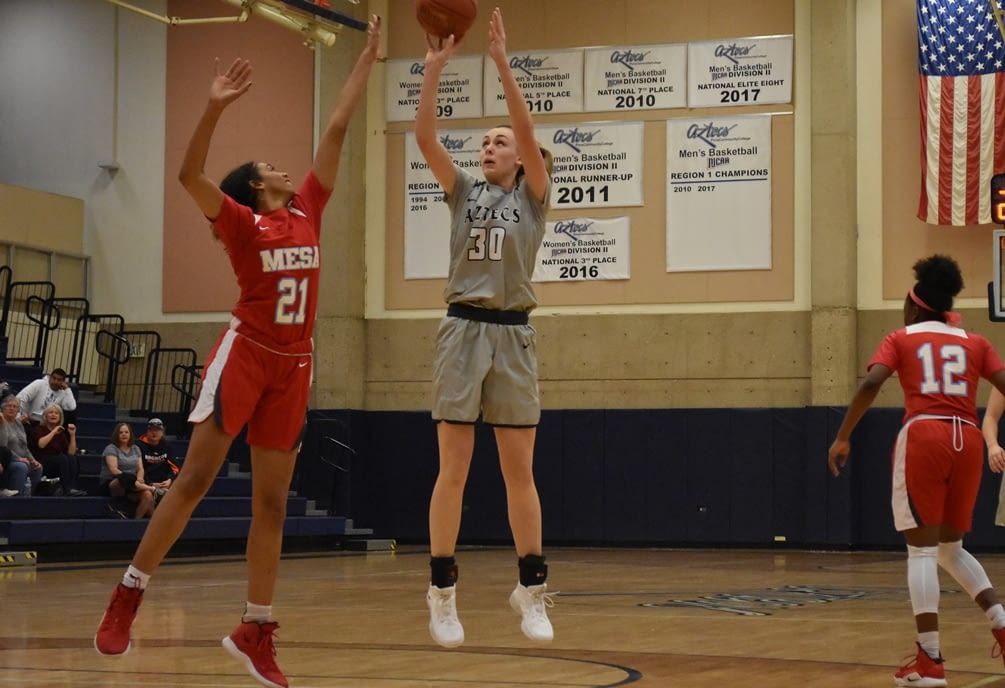 The Aztecs trailed 35-34 at halftime but took a 59-53 lead after the third quarter. They outscored the Coyotes 25-18 in the fourth quarter.

The Aztecs will hit play at Phoenix College on Wednesday. Tipoff is scheduled for 5:30.