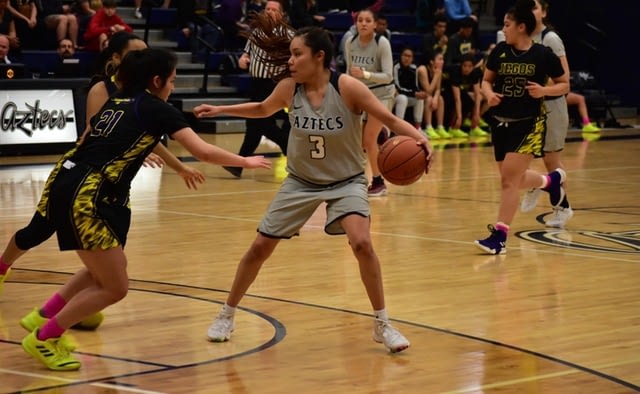 Nakai is closing in on another significant Pima record. She has 1,181 points in her career and needs 14 points to break Tia Morrison’s record of 1,194 points.

The Aztecs return to the West Campus Aztec Gymnasium on Wednesday when they host Chandler-Gilbert Community College. Tipoff is set for 5:30 p.m. The Aztecs hold a one-game lead for the No. 1 seed in the Region I, Division II tournament with three regular season games left.

Nakai leads the ACCAC in averaging 24.1 points and 6.8 assists per game. She is also averaging 5.2 rebounds and 2.1 steals per game.