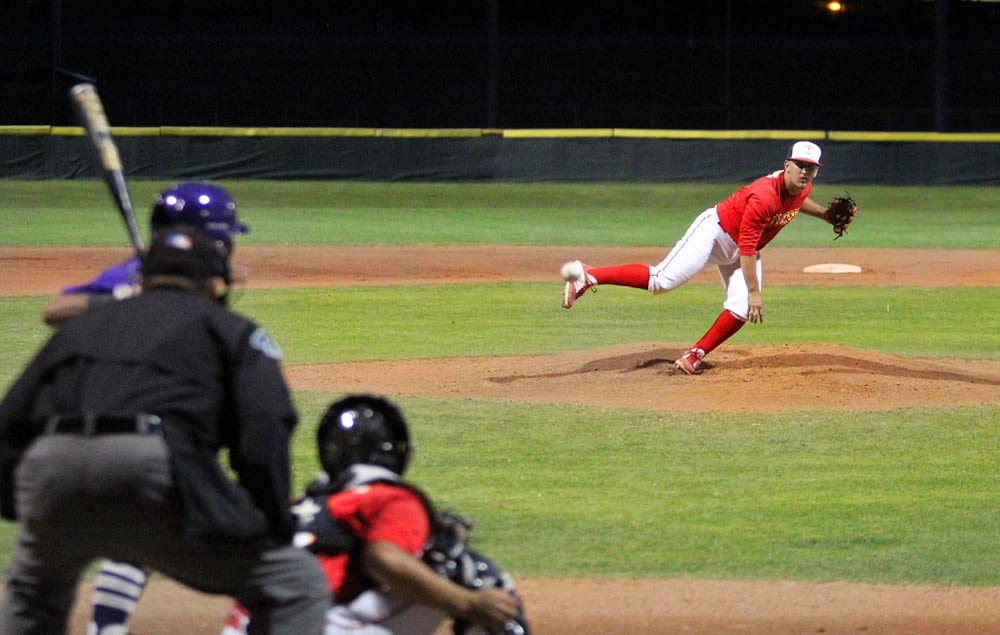 Mateo Sierras picked up 6 strikeouts in the 12-2 win over Cesar Chavez. (Andy Morales/AllSportsTucson.com)