Need more to look forward to for Arizona’s game against NAU tonight?

Here are some record-chasers for the Wildcats:

Arizona running back J.J. Taylor has 2,609 career rushing yards, which ranks ninth all-time at Arizona. Taylor needs 348 yards to pass Nic Grigsby for No. 8. Taylor’s 453 career carries are the fewest of any player in the top 10.

Senior quarterback Khalil Tate has rushed for 1,980 yards. Another 20 yards would make him the 17th player in program history to run for 2,000 yards. With 43 more yards, he would pass Eddie Wolgast for 16th all-time at Arizona in rushing yards. 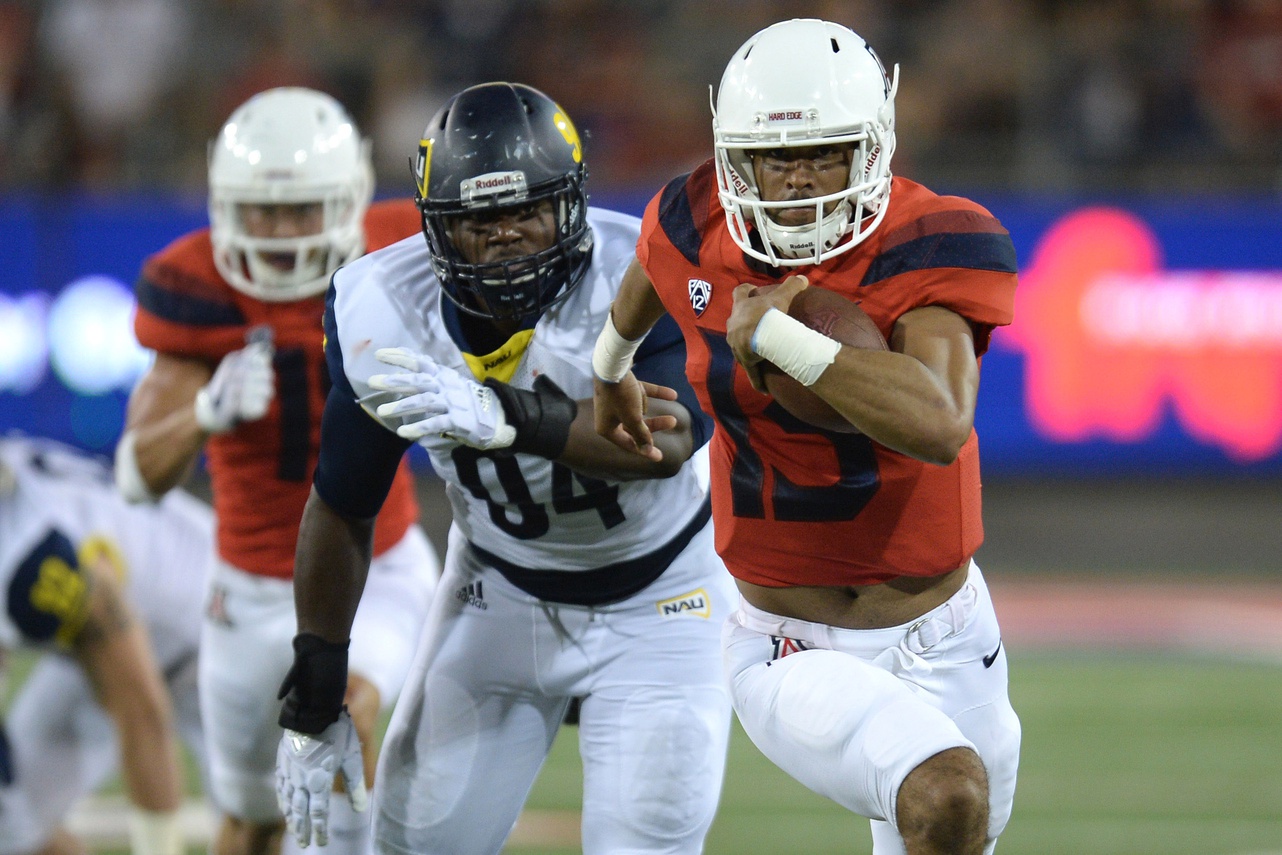 Can we learn anything from NAU score? – Arizonamaven

Does margin of victory could tell us anything about how the rest of the season would go?

Tate has passed for 4,725 yards in his career, which ranks 12th in program history. He’ll need another 365 yards to break into the Top 10. 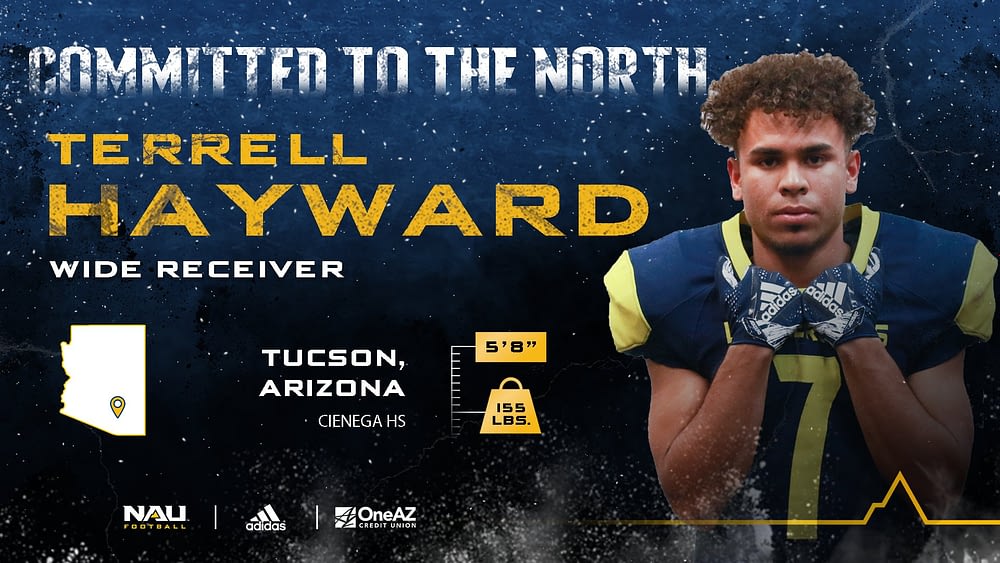 Share Tweet Arizona’s game against NAU on Saturday night at Arizona Stadium will allow 11 of the Lumberjacks from Southern Arizona to take part in a college football game in front of family and friends from the area. In addition to the current players, former Salpointe standout Jake Casteel is a gra…

Tate has passed for 46 touchdowns in his career, which ranks tied for fourth all-time with Tom Tunnicliffe. With three more, Tate would tie Anu Solomon for third. Nick Foles and Willie Tuitama share the record with 67 touchdown passes.

Tate has racked up 6,705 yards of total offense in his career, which currently ranks No. 6 in school history. With 344 more total offense yards, Tate would move to No. 5, passing Keith Smith. 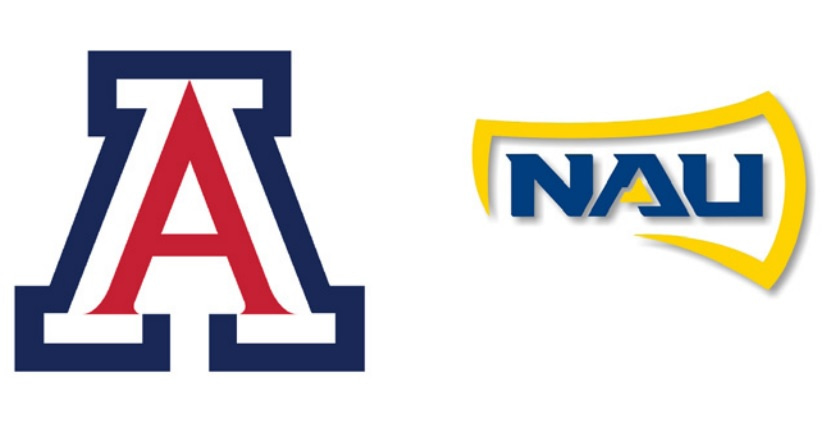 Share Tweet The big happening in Tucson on Sunday, Oct. 30, was watching the return engagement — a three-day run at the Fox Theater — of the movie “Grand Hotel” with Greta Garbo, John Barrymore and Joan Crawford. That might have helped Arizona football fans take their mind off a 7-6 upset loss to th…

Arizona senior cornerback Jace Whittaker, who utilized his redshirt season last year, is tied for ninth in career passes broken up with 28. He’s currently tied with Trevin Wade and Randy Robbins and is one away from reaching Brandon Sanders’ mark of 29. Whittaker had a pair of interceptions in the opener against Hawai’i. 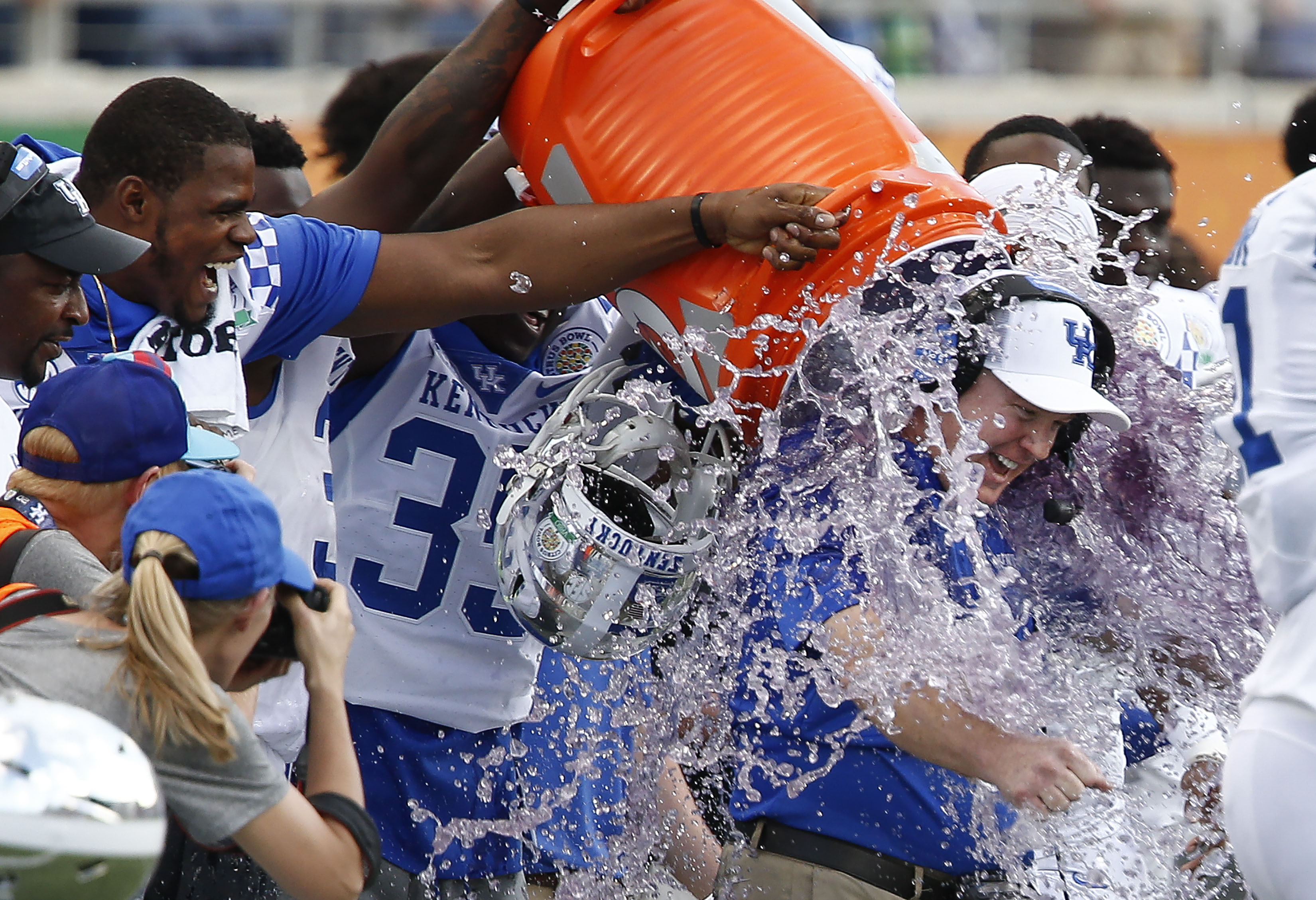 Former Arizona Wildcats assistants: Where are they now? – Arizonamaven

From Hankwitz to Heupel, Davie to Dickey