By the end of tonight, the Palo Verde Titans have an opportunity to be above .500 at the midway point of the season, which has happened only twice in the last 10 years and not since 2013.

Rincon, which travels to Palo Verde (kickoff 7 p.m.), is also 2-2 with the chance to have a winning record halfway through the year for the first time since 2012 and only the second time in the last 11 years.

The hard knocks of the neighborhood programs are very similar because of the losing seasons and lack of community support because of the abundance of 1-9, 2-8 and 3-7 records. They also have the inability to compete for top talent with private schools or schools in the outlying areas of Tucson that have a winning image.

Rincon is 23-70 and Palo Verde 24-71 this decade — two struggling programs that could not be any closer.

Now, they hope to be identical developing a resurgence for inner-city schools that rely heavily on the players in the vicinity of the school. The challenge of second-year Rincon coach Mike Strack and Palo Verde coach Mike Wells, in his first season after an extended background as an assistant with Jeff Scurran, goes beyond the scope of the here-and-now of their teams. 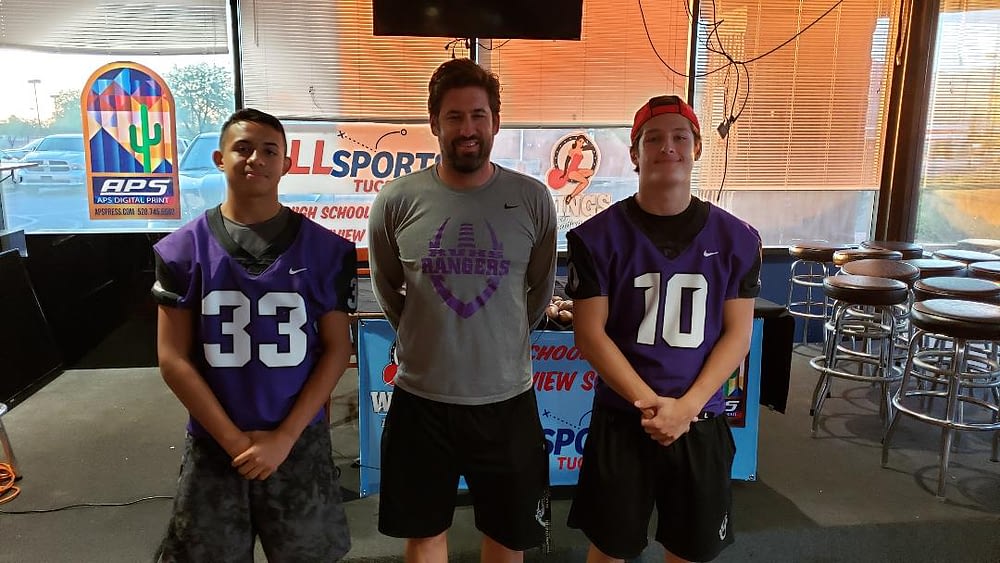 Share Tweet The name Strack in Tucson dates to 1972 when the late Dave Strack moved from Michigan to become the athletic director at Arizona, where he brought this city the likes of Fred Snowden, Jim Young and Larry Smith and helped the movement to get the Wildcats into what was the Pac-10 at the [……

“When I was in junior high, I went to Fickett. I walked by Palo Verde every day on my way home to apartments on Golf Links,” Wells said. “I know about the neighborhood. I grew up in that area.

“There were some other jobs that had opened up this year and I talked to a couple of my coaches, definitely Mike Wilhite and Quincy Hudson, and I knew what we wanted to do together. We knew at Palo Verde the impact we could make in the students, in the community, in the surrounding neighborhoods. That’s one of the main reasons why I chose to try to get that job.”

Wells has experienced success at every stop with Scurran, first as a player at Sabino and the with Scurran’s staffs at Santa Rita and Catalina Foothills.

“Great guy. Smart and hard working. Family guy and will coach the team as part of his family. Works a full-time job starting VERY early in the morning so he can coach,” Scurran messaged me from Germany, where he is coaching a professional team.

Wells is a warehouse manager at Eegee’s, and he must awake at 3 a.m. each day to get ready for work. He completes his day coaching at Palo Verde and then after spending some time with family at home, he watches game film before sleeping about three hours in order to start all over again.

His labor at Palo Verde is one that gives him energy because of the importance his position brings to that surrounding neighborhood and the esteem of the players as they head out hopefully to college studies.

Thank you @pvtitans for the great turnout for our High School Football Preview Show! Packed place at Wings Over Broadway at Camino Seco and Broadway. pic.twitter.com/4GAuN6wmL1

“The most important thing to me aren’t the X’s and O’s,” he said. “It’s the impact we make on (the players’) lives. That’s why I do it. Football is just a vehicle that we use to get our message out. I’m incredibly passionate about football and I want to win … but I am absolutely in love with mentorship and making a difference.”

Senior captain Cesar Rose, a four-year letterman, can already sense a different attitude from the student body toward the program, which is important for its development beyond the football field.

If that sense of pride can get into the homes of families in the Palo Verde area, it can spark an interest in the sport and generate a desire for young players to want to play for Wells and the Titans.

Santa Rita coach Richard Sanchez, who rebuilt Sunnyside into a powerhouse, spoke to me a couple of weeks ago about the importance of the student body becoming involved in order to generate a sense of belonging and confidence in the team to perform well.

“The student body is definitely responding to this whole turnaround very positively,” Rose said. “When we walk through the hallway, everybody is super encouraged, super involved with the football team now. Everyone always wishes us good luck now.

“When I walk through the hallways to go to my art class, there’s always different kids I see every day come up to me and give me high fives. I don’t know who they are … the entire body in itself has definitely improved, the morale is up and everyone is coming together like a big family.”