The Wildcats, with 11 points, are the 33rd-ranked team. Washington, which visits Arizona Stadium on Saturday, dropped out of the rankings from No. 15 to the fourth team in the “others receiving votes” category after last night’s 23-13 loss at Stanford. 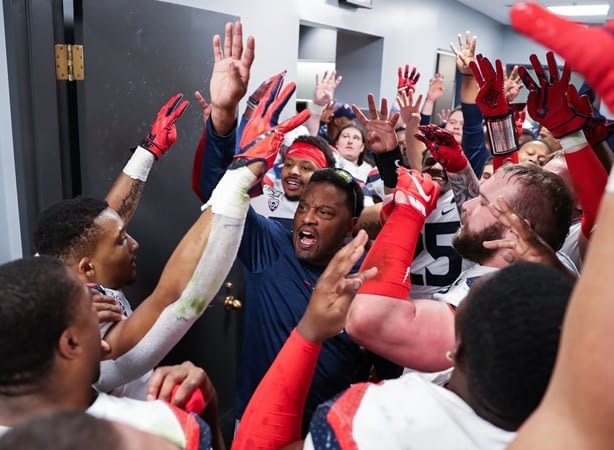 Arizona Wildcats Notebook: How Many 2-0 Starts in Pac-10/12 and Results?

Share Tweet This is only the ninth time that Arizona has started a Pac-10/12 season 2-0 since the Wildcats moved from the WAC to the conference in 1978. That’s only once every four to five years. Enjoy it while you can. It is only the third time since the 2000 season that it has occurred. […]

Four AP voters put Arizona in their Top 25, none from the West and all from the East or South:

Mark Schlabach of ESPN may get some grief from Arizona fans after his reporting of Sean Miller allegedly paying Deandre Ayton $100,000 to attend Arizona, but he has the Wildcats going to a bowl game as of now.

For the first time this year, Schlabach and fellow ESPN reporter Kyle Bonagura project Arizona to play in the postseason.

Schlabach has Arizona playing Florida State in the Tony the Tiger Sun Bowl on Dec. 31. Bonagura projects an Arizona-Texas Tech rematch in the Cheez-It Bowl at Chase Field at Phoenix on Dec. 27.

Of course, a lot will happen between now and the seven games remaining in the regular season.