The Badgers (3-6 overall, 3-1 in the 6A Metro) play another their final game of the season this Friday when they travel to Trevor G. Browne in Phoenix.

— QB/S Jovoni Borbon completed 12 of 18 passes for 256 yards with a TD and no interceptions. As a safety, he returned an interception 89 yards for a TD.

— WR Keyon Taylor had four receptions for 98 yards and a TD.

— LB Jesse Avina finished with five tackles for loss, including four sacks. He had five sacks this season entering the game.

— QB Deion Conde completed 9 of 10 passes for 177 yards with three TDs and no interceptions.

— WR Angel Cano had four catches for 65 yards with a TD. 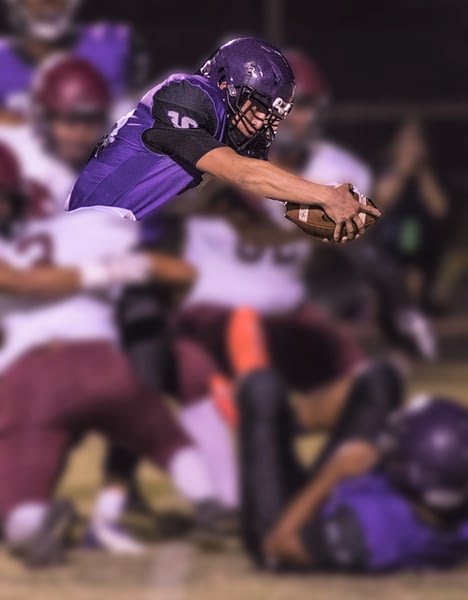 Share Tweet Rincon/University standout Preston Silvas rushed for 217 yards on 21 carries with a TD and he also passed for 43 yards with two more TDs in a 48-12 win over Empire. The Rangers (5-4) will travel to Cholla (2-7) this Friday to close out the regular season. FOLLOW @ANDYMORALES8 ON TWITTER!…

— RB Yani Brown had 96 yards rushing on five carries with a TD.

— DT Landon Johnson, only a freshman, led the team with nine tackles

Flowing Wells will look to finish with a winning region record playing at 5A Sonoran champion Mountain View on Friday. The Caballeros are 2-7 overall and 2-2 in the 5A Sonoran.

Mountain View QB Giovanni Ciaccio discusses the Mountain Lions’ resolve as they win their fourth straight game to go to 5-4 overall, 4-0 in the 5A Sonoran. pic.twitter.com/TdcShejN4H

— QB Giovanni Ciaccio completed 9 of 12 passes for 149 yards with a TD and no interceptions. He also rushed for 44 yards on six carries.

— RB Aaron Logsdon had 50 yards on eight carries with a touchdown and also caught four passes for 38 yards.

— WR Kollins Opoku-appoh had two catches for 64 yards, including a 50-yard TD reception.

— RB Shaun Buttigieg had 53 yards on seven carries with a TD.

— RB/DB Serge Gboweiah carried the ball 18 times for 96 yards with a 25-yard catch. He also had eight tackles on defense.

— RB/DB Carlos Alvarez had 101 yards on 18 carries and also completed a 32-yard TD pass to Roman Robles. He also caused a fumble and had eight tackles as a safety.

— RB/LB Julian Lopez rushed for touchdowns of 46 and 24 yards. He had eight carries for 123 yards and four touchdowns.. He had three tackles on defense.

Walden Grove (8-1, 4-0 in the 4A Gila) clinched the region title with the win. The Red Wolves finish the regular season at Palo Verde on Friday.

— QB Jared Vazquez completed 4 of 6 passes for 99 yards with all the completions a touchdown.

— CB Austin Brooks returned an interception 45 yards for a TD.

— QB Treyson Bourguet completed 8 of 10 passes for 147 yards with two TDs and no interceptions.

— WR Lathan Ransom had two catches for 66 yards including a 52-yard TD.

— LB Trent Strong led the Lancers in tackles with eight.

— DB Charlie Raetzman got his fourth interception of the season.

— DB Max Duenas had an interception return for 78 yards.

Sahuaro strengthened its bid to host in the 4A playoffs improving to 7-2 overall and 2-2 in the 4A Kino.

— WR Diego Armijo had six catches for 78 yards and a TD.

— RB/LB Hunter Ogle 139 yards on nine carries with a TD. He also had a tackle for loss on defense.

— CB Anthony Clark had a 94-yard interception return for a TD.

— RB/LB David Ballesteros rushed for 122 yards on nine rushes with a TD. He also had a team-high 11 tackles with three for loss, including two sacks.

— RB Carson Barney tallied 233 yards on 14 carries with three TDs. He also had two catches for 27 yards with a TD.

Willcox (5-4, 2-1 in the 2A San Pedro) won its third straight game setting up the chance to tie Benson atop the region when the teams play Friday.

San Manuel (3-6 overall, 2-2 in the 2A Gila) completes its season Friday on the road against San Carlos.

— QB Logan Davis completed 26 of 53 passes for 270 yards with no TDs and five interceptions.

— TE/LB Kason Jacquez had nine catches for 100 yards and recorded 11 tackles on defense.