Tristan McClelland of the Oro Valley Dolphins had two interceptions, returning one for a touchdown and also recovered a blocked punt and scored in Tucson’s 48-0 win over Manatee (Fla.) in American Youth Football 14U National Championships at Kissimmee, Fla., this afternoon. 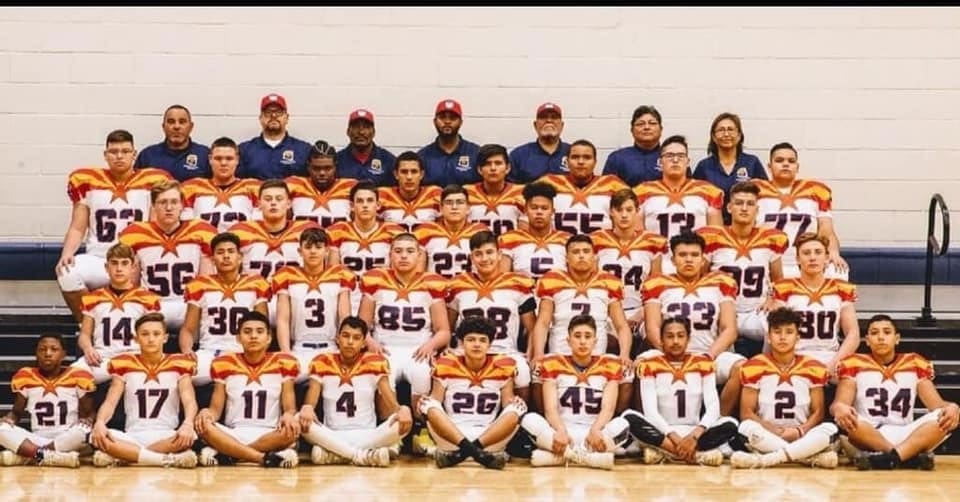 In the other semifinal, Phoenix will face San Diego. Phoenix defeated Bayside (Md.) by a score of 47-12 and San Diego beat Georgia 21-13.

Other highlights from Tucson’s win over Manatee:

— Chance Cassel, also of the Oro Valley Dolphins, had a 30-yard touchdown reception.

— Cam Hackworth of the Tucson Raiders ran for a 45-yard score.

— Jaxson Banhie of the Sahuarita 49ers scored on a 30-yard run.

— Gabriel Smith of the 49ers threw a 35-yard touchdown pass to Savaughn Berryhill of the Tucson Falcons. Berryhill is the younger brother of Arizona receiver Stanley Berryhill III.

— Aaron Abarca of the Southwest Rams was good on five extra-point attempts.