The Southwest Rams took a 20-0 at halftime over the Cranston (R.I.) Chiefs and held on for the 20-6 victory today in a 10U opening round game of the American Youth Football National Championships at Kissimmee, Fla.

The Rams will next face either the Garden Villa (Texas) Giants or the Glenville (Ohio) Elite in the semifinals on Wednesday at 9 a.m. Tucson time. The championship and third-place game is Friday. 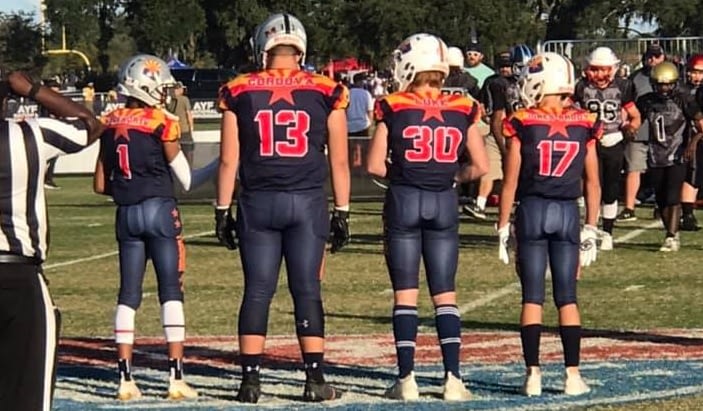 Share Tweet Tristan McClelland of the Oro Valley Dolphins had two interceptions, returning one for a touchdown and also recovered a blocked punt and scored in Tucson’s 48-0 win over Manatee (Fla.) in American Youth Football 14U National Championships at Kissimmee, Fla., this afternoon. Tucson advanc…

Jaylee Abraham opened the scoring for the Rams today with a 65-yard touchdown run. He also ran in for the conversion to give his team a 7-0 lead.

A 45-yard touchdown pass from Oscar Flores III to Eric Barcelo increased the lead to 13-0.

Abraham then scored again on a 2-yard run, and with the conversion, the Rams led 20-0 at halftime.