A 3-yard run by Oscar (O.J.) Flores III with 2:58 remaining in the game proved to be the difference in the 10U Southwest Rams’ 9-6 win over the Garden Villa (Texas) Giants in a semifinal game of the American Youth Football national championships at Kissimmee, Fla., today.

Flores followed the TD run with a conversion run to give the Rams their 9-6 lead.

A fumble by Garden Villa on its ensuing possession was recovered by the Rams, who subsequently ran out the clock for the victory.

The Southwest Rams advance to the national championship game Friday at noon (Tucson time) against the Moval (Calif.) Falcons or Virginia Colts. Those teams play in the other semifinal game today.

Tucson’s 14U All-Star team will play in the national championship game tomorrow against San Diego at 10 a.m. (Tucson time) at Kissimmee.

Also, Tucson Youth Football & Spirit Federation director Julius Holt, a former Arizona Wildcats standout, will be inducted into the AYF Hall of Fame tonight in a ceremony at Orlando. 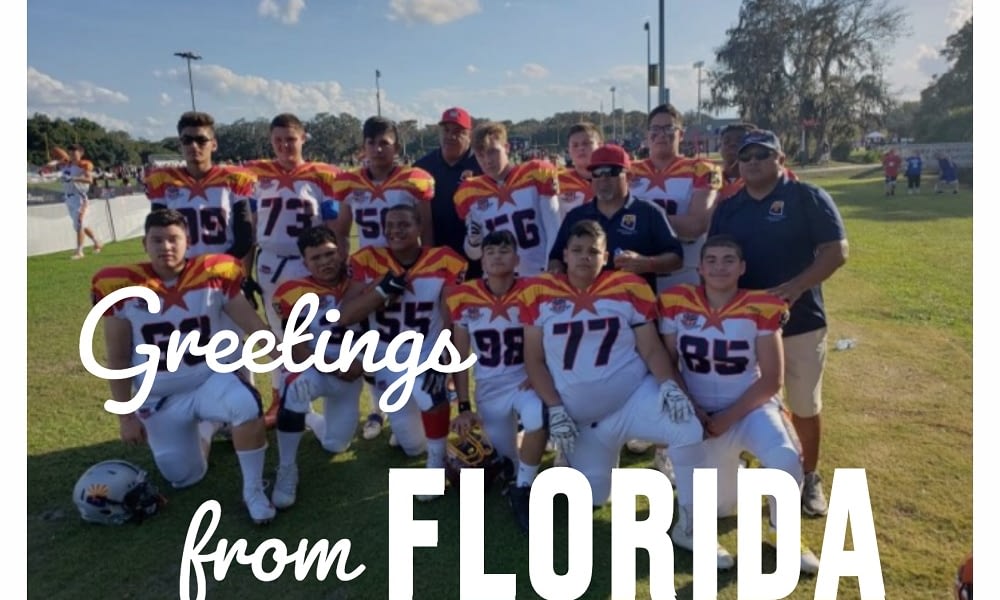 Postcard from Florida: Tucson 14U All-Star Lineman Sa’Kylee Woodard and Teammates One Game Away from National Title