GLENDALE, AZ- In the first of two games the Roadrunners will play this season at Gila River Arena, home of their NHL affiliate, the Arizona Coyotes, Tucson defeated the Charlotte Checkers 3-2. Adin Hill once again got the call in net for Tucson, and Michael Leighton was between the pipes for the Checkers. Also, Brendan Ranford and Brandon Trook, recently acquired from the Texas Stars both made their season debuts for the Roadrunners. 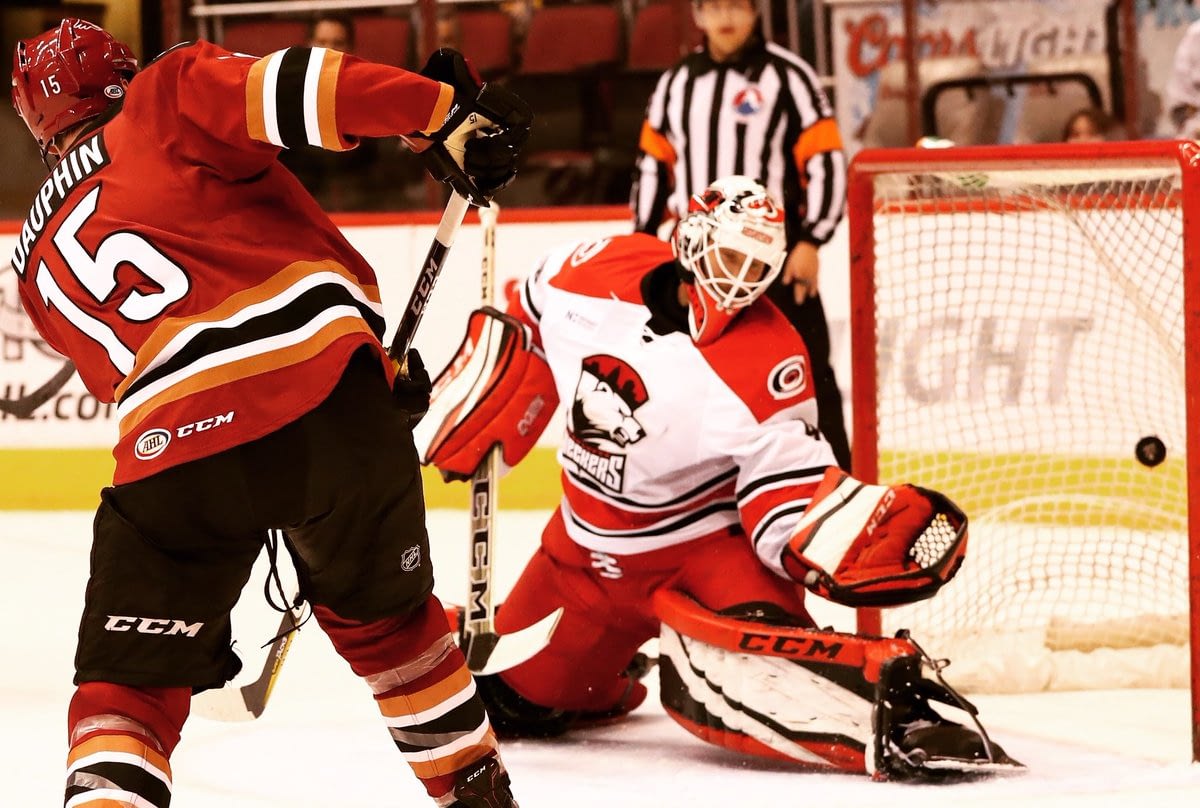 The only goal of the period was scored by the Roadrunners on a late power play, as Kyle Wood one-timed Chris Mueller’s beautiful pass from behind the net.

The Roadrunners did a much better job holding on to the puck in the second, which kept the shots much closer at 9-7 Charlotte. A particularly strong part of Tucson’s game that was especially apparent in the second was their forecheck. The Checkers still won the possession battle, but it didn’t seem to matter as aggressive play kept most of the action in Charlotte’s zone.

Once again Kyle Wood scored the only goal of the period, sniping Leighton from the top of the face-off circle.

Up 2-0 heading in, Tucson definitely took a step back in the third. They registered only 9 shots on goal while conceding 15 to the Checkers, this combined with numerous neutral and defensive zone turnovers allowed Valentin Zykov and Patrick Brown to tie the game at 2.

Charlotte was hot on Tucson’s heels until Anthony Duclair skated the puck up the ice with just seconds left in the game, hitting Mark Olver with a pass low in the Checkers’ zone. Olver passed over to Laurent Dauphin, allowing Dauphin to hammer home the game-winning one-timer with only 21 seconds left.