Kyle Capobianco and Conor Garland will represent the Tucson Roadrunners and the AHL’s Pacific Division at the 2019 AHL All-Star Game. Garland, who has scored 8 goals, 11 assists and 19 points for the Roadrunners in 18 games this year, earned his first all-star selection in his third AHL season. 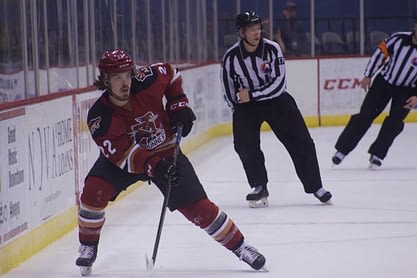 Conor Garland with the Roadrunners in 2017
Source: @mylyn.photos

Kyle Capobianco will represent the Roadrunners for the second straight year, previously earning an all-star selection alongside Nick Merkley and Dylan Strome last year. The 21-year-old Mississauga, Ontario native has 4 goals, 21 assists and 25 points in 30 games this year, leading all Tucson defencemen.

Former Tucson Roadrunners captain, Andrew Campbell, who joined the Rockford IceHogs in the offseason will also serve as the captain for the Western Conference’s all-stars. The game and skills competition will be held January 27th through January 28th in Springfield, Massachusetts, which was the former home of the Tucson Roadrunners franchise prior to the team relocating to Tucson in 2016.