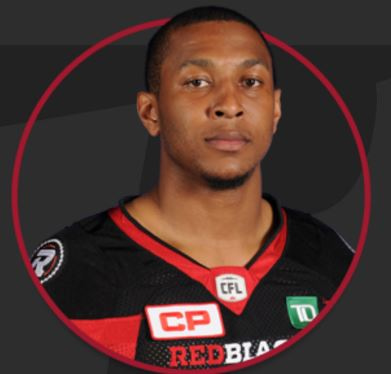 Criner, who was signed before the CFL season by the Ottawa Redblacks, caught three passes for 89 yards Sunday night as the Redblacks beat the Calgary Stampeders 39-33 in overtime in what announcers called one of the biggest upsets in the 104-game history of the Grey Cup.

Criner had a 38-yard reception in the Grey Cup … and here it is:

Also check out this catch in practice last week, which looked a lot like catches he made at Arizona.

Criner, 26, completed his first season in the CFL. He had 12 catches for 269 yards before the Grey Cup.

Criner, the favorite target of Nick Foles while at Arizona, is the fourth-leading receiver in Wildcats history with 2,859 career yards from 2008 to 2011. He holds the school record with 32 touchdown receptions.

He was chosen in the first round (No. 168 overall) of the 2012 NFL Draft by Oakland, but had a limited career, catching 19 passes for 183 yards and one touchdown in 17 games with the Raiders. He spent the 2014 season on the New York Giants practice squad before being released before the 2015 season.