SALT LAKE CITY — Yes, it’s a shock that Arizona coach Sean Miller didn’t make the Final Four for coaches of the year this season. What has everyone been looking at this season?

It is without a doubt his best coaching job since he arrived eight years ago — and he’s had some pretty good seasons. But this year, he had to dodge obstacle after obstacle.

In fact, I asked him what he would have thought had he known he’d have all the calamity he had this season – injuries, a player retirement due to a third torn ACL, a suspended player, three freshman starters for much of the season – and he said he thought his team wouldn’t make the NCAA Tournament. 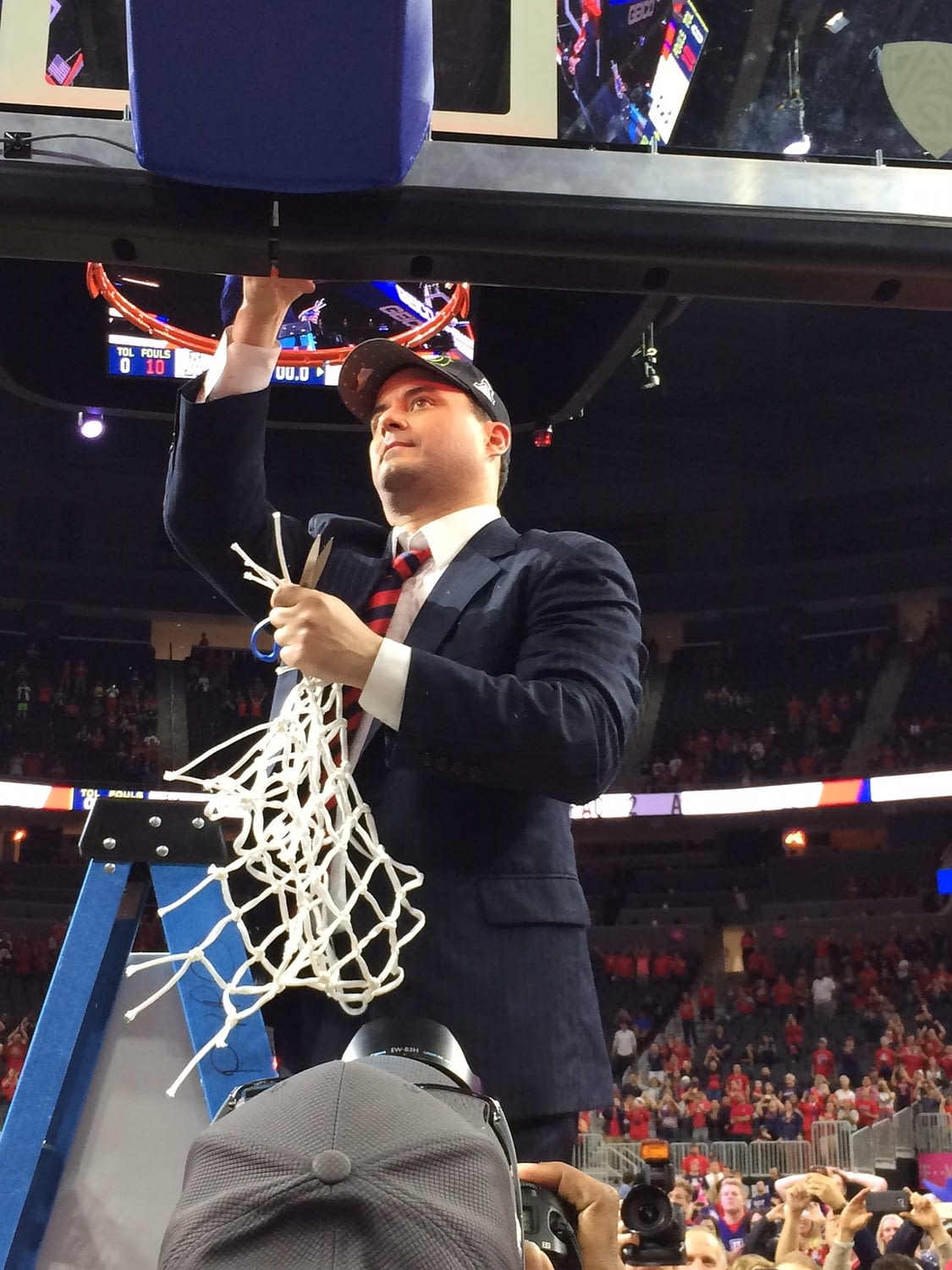 Miller cuts down net at Pac-12 tournament. He’s however not a national coach of year finalist.

All good indeed, but it makes you wonder what the committee has been watching all season.

Miller would have earned a $40,000 bonus if he had been selected Coach of the Year by the Atlanta Tipoff Club. He can collect that extra money if he wins the award, given by the Associated Press or the National Association of Basketball Coaches.