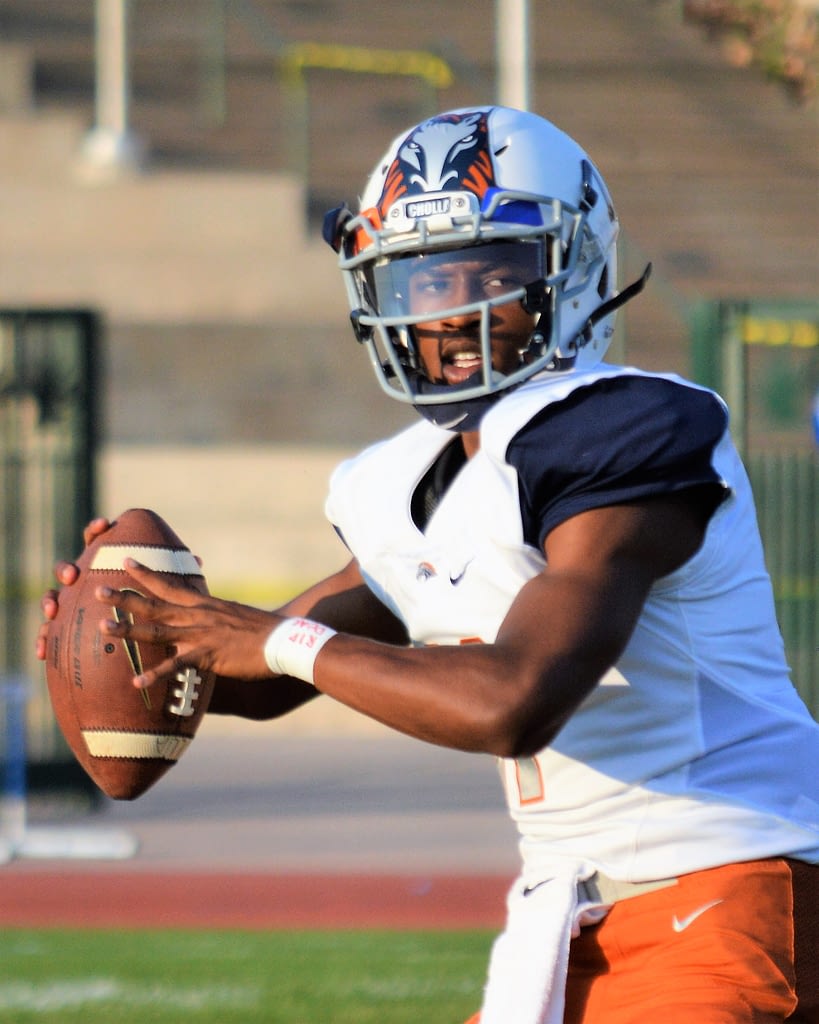 “Week 4 showed us that the top players on the Watch List continue to shine, but we also had several winners came from outside that group,” stated Grand Canyon State Gridiron Club Selection Committee Co-Chair Ward Hickey.

“Zidane Thomas was a unanimous selection this week, but at least a dozen players were debated by our selection committee for the other medallion awards. These five young men proved worthy and earned their official nomination for the Ed Doherty Award.”

Three players named were on the 43-player Watch List (Thomas, Shough and Plummer), but Porter and Abdi are the first players not on the list to receive this recognition. Each player will receive their medallions at an upcoming school event later this week and will join other medallion winners at the Ed Doherty Award luncheon on December 9.

Tyler Shough, Chandler Hamilton, QB, 6-5, 195, Sr.
With star running back Jawhar Jordan having to leave the game with an injury, Shough went to work, passing for 293 yards and three TDs, completing 13 of 22 passes in a 59-12 6A rout of Laveen Cesar Chavez.

Jack Plummer, Gilbert, QB, 6-5, 200, Sr.
The Purdue commit connected for 256yds passing and 4TDs in the Tigers’ 41-7 victory over Westwood. After 4 games this season, Plummer has 15 TD passes and no interceptions.