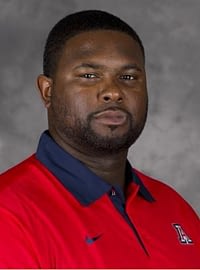 “I could sit here for hours on end tell out stories about the things we’ve done together,” Amey said.

He settled on one.

It was August 1994. They were true freshmen, assigned to the same cabin at Camp Tontozona, the Sun Devils’ preseason training camp in Payson.

“Back then, you could kind of haze the freshmen a little bit,” Amey told me this week.

“I remember Pat saying, ‘If they come in here, we’re going to kick their butts. We’re going to take no mess.’ And sure enough we heard them coming. These upperclassmen came in our cabin and we held our ground. They came in and went right back out. And we were like, Yeahhhh!

“From there on, he was just a leader and we followed his lead. I love that dude, man.”

Tillman would go on to become an All-Pac-10 linebacker and play four seasons with the Arizona Cardinals before leaving behind a $3.6 million contract to become a U.S. Army Ranger in the wake of the 9/11 attacks. He was killed in Afghanistan by friendly fire in 2004.

Amey and Tillman were two of nine true freshmen who played at Arizona State in 1994, when the Sun Devils went 3-8. They improved to 6-5 a year later. As juniors, Amey and Tillman helped lead ASU to the Rose Bowl.

“We went through bumps and bruises,” Amey said, “but that’s what made us so good in the long run.”