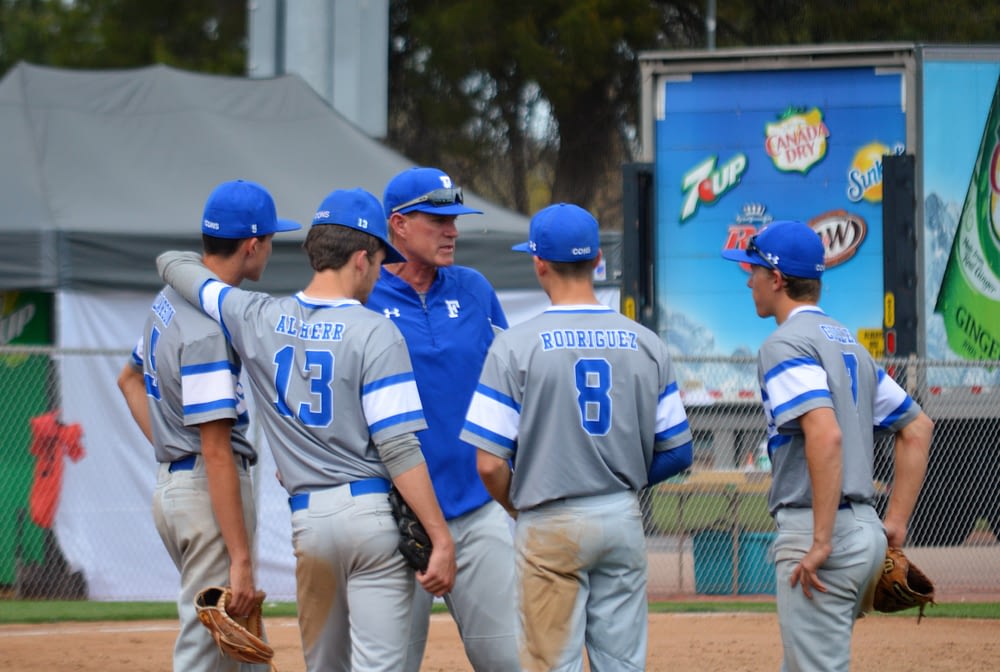 Catalina Foothills head coach Jim Baldwin led the Falcons to the biggest upset of the day with a 7-4 win over top-seeded Blanchard. (Andy Morales/AllSportsTucson.com)