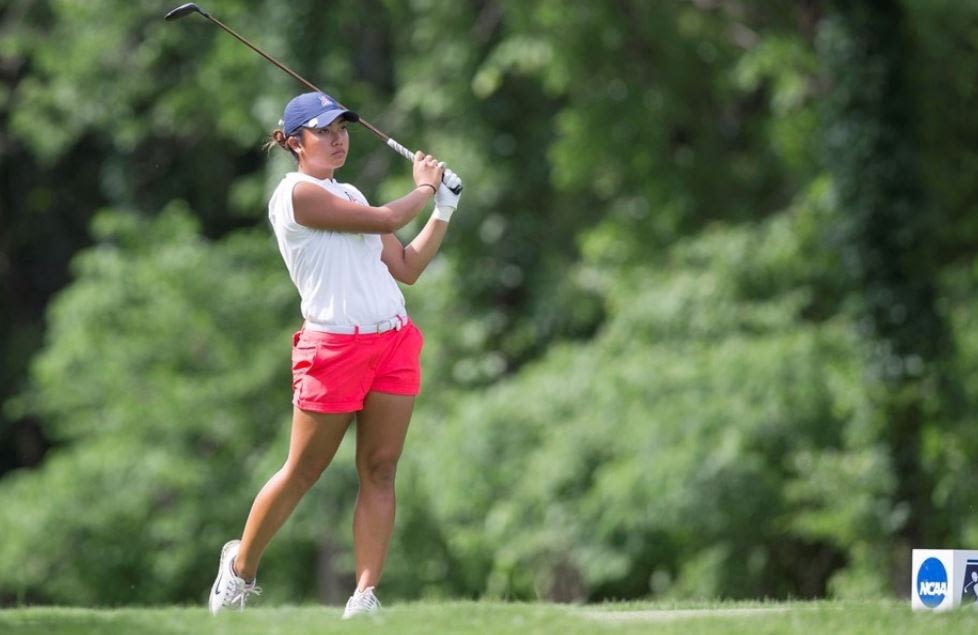 Greg Byrne’s first coaching hire at Arizona, just weeks after he officially started his job in May 2010, was women’s golf coach Laura Ianello. They will meet again Wednesday.

Ianallo’s surprising Wildcats roared into the NCAA championship match by upsetting No. 1 seed UCLA 3-2 in quarterfinal match play on Tuesday and then defeating another Pac-12 rival, Stanford 4-1 in a semifinal match at Karsten Creek Golf Club in Stillwater, Okla.

Arizona advanced to play No. 2 seed Alabama, which hired Byrne away from Arizona in January 2017.

The Wildcats have been really good this season, but not this good. They tied for third at the Pac-12 tournament and hadn’t finished higher than conference champ UCLA in any stroke play tournament this season, but they came out on top Tuesday. Gigi Stoll won her match 2-up, Haley Moore won 3-and-1 and, with the overall match tied at two, UA junior Bianca Pagdanganan rolled in a birdie on No. 18 to beat her opponent 1-up and clinch the victory for the Cats.

It was Pagdanganan who made a clutch, hard-breaking eagle on the par-5 18th during the fourth round of stroke play on Monday that put Arizona into a two-hole playoff with Baylor for the eighth and final spot in the quarterfinals.

“It has all the suspense and drama of anything,” Arizona athletic director Dave Heeke said Tuesday on WildcatsRadio 1290. “It goes down as one of the greatest moments in Arizona athletics history. Talk about a clutch, clutch shot at the end.”

Bianca Pagdanganan eagles the last to keep the #NCAAGolf dream alive for her and her team! pic.twitter.com/qDkEtI7cjx

“With her play and just being her in general has pushed the other four to be as great as she is,” Ianello said on the Golf Channel. “The thing about Bianca is not many players under pressure, when you tell them you need them, can really handle it. This kid can. She’s unbelievable.”

Against Stanford, Stoll (5-and-3), Moore (3-and-2) and Sandra Nordaas (6-and-4) all earned points, with Moore hitting the clinching par putt with two groups still on the course.

“I had a pretty comfortable lead, so I told myself to keep making par,” Moore told The Golf Channel.

The Tide beat Kent State and USC on Tuesday.

Arizona will be going for its third national championship in women’s golf, winning in 1996 and 2000.

“Just knowing I have a team behind me and I have other people to play for, not just myself … that’s really motivating for me,” Pagdanganan said on the Golf Channel. “I don’t want to let them down so I do my best to rise to the occasion.”

Alabama is ranked first in the golfstat.com team rankings. Arizona is ninth.

Alabama and Arizona were in the same NCAA regional, with the Crimson Tide winning with a three-round score of 33-under, 22 shots better than the fourth-place Wildcats. But that was then, and this is match play, and it’s going to be all about how each team plays Wednesday.