Three years ago, when Warner Smith was in the middle of battling ALS — Lou Gehrig‘s Disease — he took the time to communicate with me one of his favorite subjects — beating ASU.

Smith was his jovial self at the time, his body not totally consumed yet by the disease. Although he passed away from ALS in January, his spirit remains strong with those close to him, his Wildcat brethren and the Arizona football program. 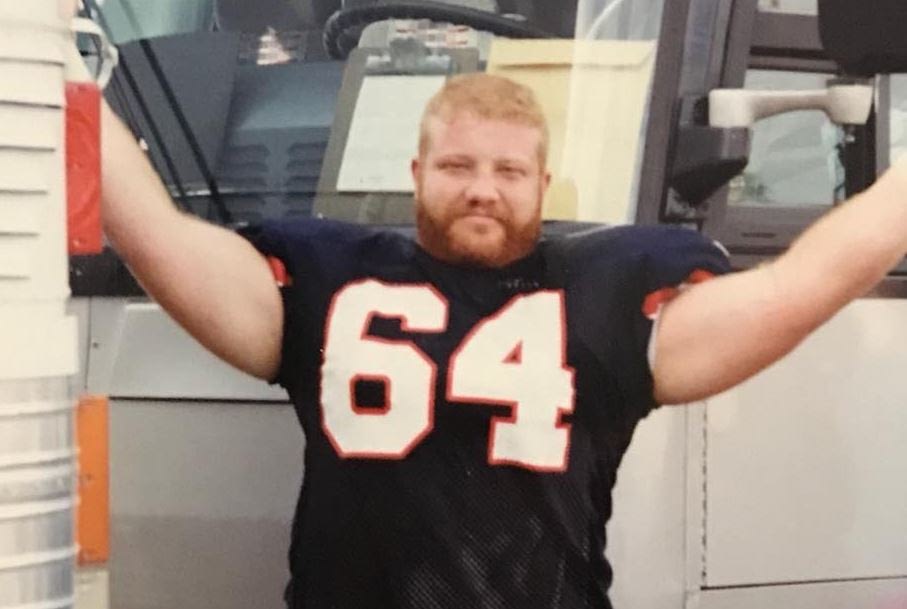 Warner Smith in his Arizona playing days.(Photo via Brandon Sanders on Facebook)

Smith, one of the Pac-10’s best offensive linemen from 1992 to 1994, delivered one of the best stories involving Arizona’s rivalry with ASU, one that included Chuck Cecil giving an inspirational speech at the team hotel the night before Arizona’s game against the Sun Devils in Tempe in 1993:

“My best memory of the ASU game was from 1993. We were at our absolute low point. We had just blown our shot at the Rose Bowl against Cal and we were decimated by injuries. If ASU won, I think they were supposed to go to the Sun Bowl. If we won, the rumor was that we’d get another crack at Miami in the Fiesta Bowl. Chuck Cecil spoke to the team the night before the game at our hotel in Tempe. He was intense. ‘Reach down the devil’s throat, grab his little tiny heart, and crush him!’ It felt like Braveheart! We could’ve played the game in the hotel parking lot. No one slept that night. The game was a three-hour brawl. Desert Swarm thumped Jake Plummer. Dan White sliced through the scummies like a surgeon. Afterwards, sure enough, Fiesta Bowl representatives were in our locker room to tell us we were going to face the Miami Hurricanes on New Years Day.”

Arizona had lost two straight to ASU after “The Streak” lasted from 1982-90. The Wildcats started the season 7-0 but lost two of three games, including road contests at UCLA and Cal that knocked them out of Rose Bowl contention.

The Wildcats went up against an ASU team that was on a four-game winning streak after a 2-4 start.

White, a Penn State transfer who never lost in his first three starts against ASU, threw three touchdown passes in the second half as the Wildcat offense proved itself in a strong way.

When White hit Richard Dice on a 13-yard touchdown pass, the Wildcats took a lead — 14-10 with 4:19 left in the third quarter — that they did not relinquish. White also connected with receiver Troy Dickey — who passed away four days after Smith in January following a stroke — on touchdown passes of 31 and 51 yards in the fourth quarter for a 27-10 lead.

The Wildcats finished strong against ASU despite losing Waldrop in the second quarter to a sprained knee that kept him from returning. They tied UCLA and USC for the best record in the Pac-10 at 6-2. UCLA won the tie-breaker and advanced to the Rose Bowl. Arizona coach Dick Tomey won his first game against his counterpart, ASU coach Bruce Snyder, after two tries.