If you’re the fly on the wall in the Arizona men’s basketball locker room at halftime do you:
a) Look for a kernel of popcorn to sit on and enjoy the Sean Miller blow up?
b) Stay on that wall but go higher for a great view of the blow up?
c) Or sit there and just be bored as bored can be?

Apparently, C is the one-and-only choice you had been given the circumstances of what apparently took place at halftime despite Arizona being down 41-29 at the break.

Heck, Arizona was halfway through what would have been an epic upset had it continued the course it was on. Not since Arizona lost to Washington State in 2005 would there have been such an eye-opening loss at McKale Center. 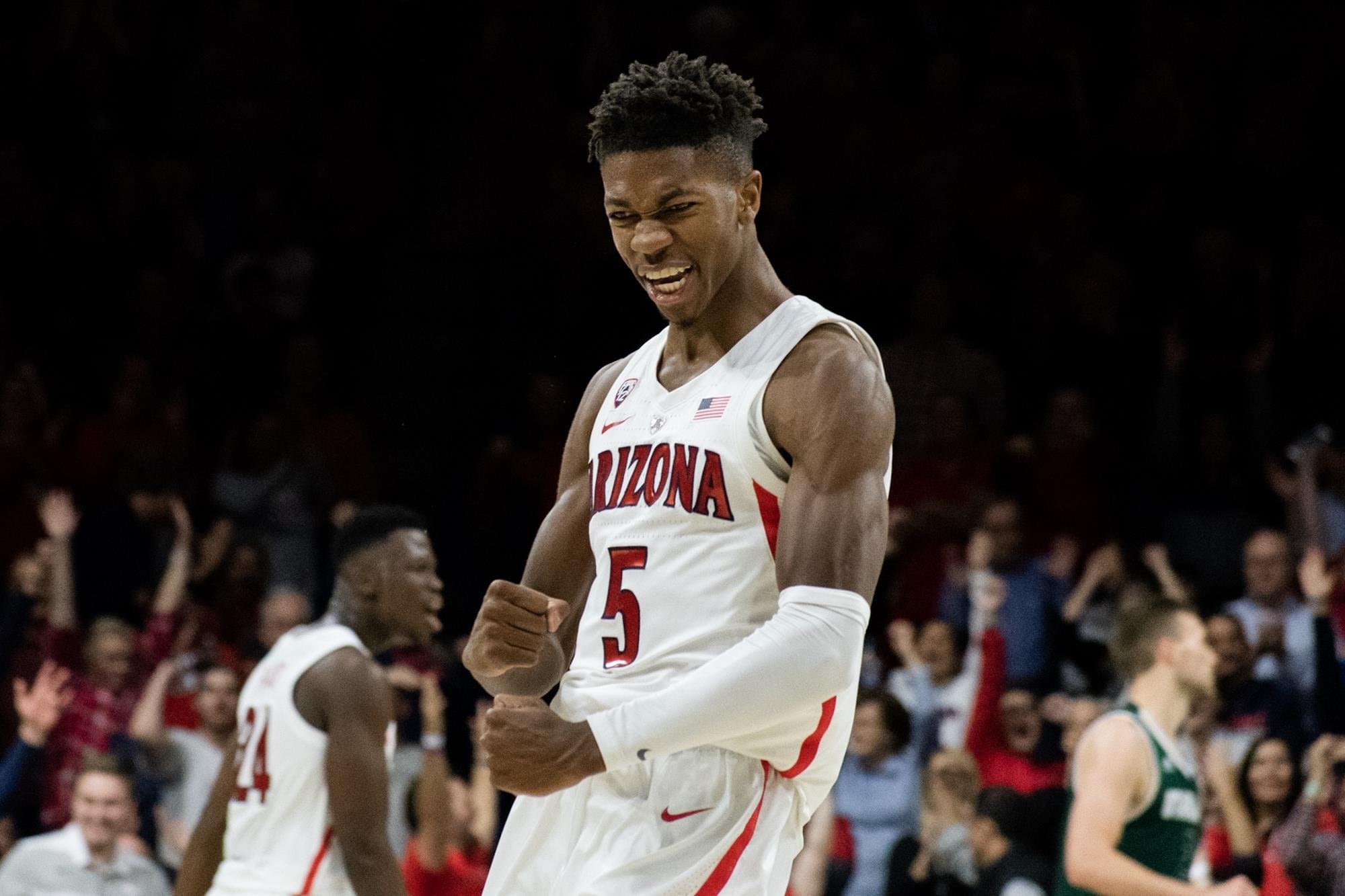 Would you have blamed Miller?

“We really didn’t get after them a whole lot at halftime, I know that might be surprising,” said Miller. “There were times in the game when I certainly did. But I thought it was needed. Our team doesn’t have a great margin for error, especially against a team that is as skilled and as experienced as Utah Valley is.”

But Utah Valley? The Wolverines? Really?

Yup, the Wolverines had Arizona on the ropes for, um, 20 minutes hitting shot after shot after shot. Or so it seemed. It shot 50 percent in the opening half to Arizona’s 38 percent.

Miller insisted that it was more about Utah Valley playing well and Arizona not over looking it.

“This was not a situation where we were still thinking about our UConn victory or didn’t respect Utah Valley,” Miller said.

It was just the opposite, Miller said. Miller said his team “knew we were in for a fight.”

And, well, the Wolverines gave them one … until about five minutes into the second half and Arizona started to heat up in the desert behind sophomore Brandon Randolph & Company.

Randolph, who hit 10 3-pointers going into the game all season (yes, all season), hit four consecutive shots from beyond the half moon line to get Arizona back on track and the lead for a bit. He finished with a team-high 16 points.

“We really moved the ball and had a player become unconscious,” Miller said. He added he hadn’t seen a UA player have that type of microwave-like offensive production in three seasons when shooter Gabe York couldn’t miss against Stanford on Senior Day.

“I mean, those were four big, big shots,” Miller said. “He gave everybody confidence. I think everybody lost confidence, from the fans, to the coaches, to the cheerleaders. We were all looking out there saying, ‘this doesn’t look right.’ And that’s what a player like Brandon can do for you.”

Brandon Randolph scored nine points in the second half before Utah Valley got a shot.

Utah Valley recovered for a moment, but Arizona proceeded to put on the pressure offensively … and defensively. But the damage had already been done for Utah Valley. It had lost the momentum it gained in the first half and Arizona had it all in the second half of the second half.

“Brandon Randolph stepped up and hit four straight threes, some really, really tough shots,” Utah Valley coach Mark Pope said. “They turned up the intensity defensively … when they turned up the (defense) to another level, the ball got sticky for us and is our Achilles’ Heel.”

It was almost Arizona’s foot problem, too. Arizona couldn’t do much right in the first half, hitting just 38 percent from the floor and adding 11 turnovers. Because of it, Arizona looked off and odd for 20 minutes. Figure that it went into the game a 16-point favorite.

Then came the second half – with tighter defense that extended on the perimeter – and Arizona suffocated the Wolverines.

“You have to give great effort to do that against them because they cut, they move, and sometimes in a man-to-man, it’s like the running game in football,” Miller said. “You just get two yards, why are you running, coach? But if you just keep hitting it, keep hitting it, all of a sudden you can wear the other team down. Man-to-man defense can do that to an offense. Those threes aren’t as easy. The cuts aren’t as easy. And I thought we did a good job of sustaining our effort.”

And, of course, it was good to have Randolph go off offensively.

“I definitely got going and my teammates found me,” Randolph said, downplaying his performance. “I think it hyped me up and it hyped the crowd up, it hyped our team up, and I think it helped us move into the game a little bit more.”

It didn’t hurt that freshman guard Brandon Williams added 15 points and 10 rebounds for his first double-double of his young career.

“When someone told me on the bench, I was shocked,” Williams said. “When they said, ‘you have a double-double,’ I thought it was assists. But to take the load off guys like Ryan Luther and Chase (Jeter) and Ira (Lee) as a guard, that goes a long way.”