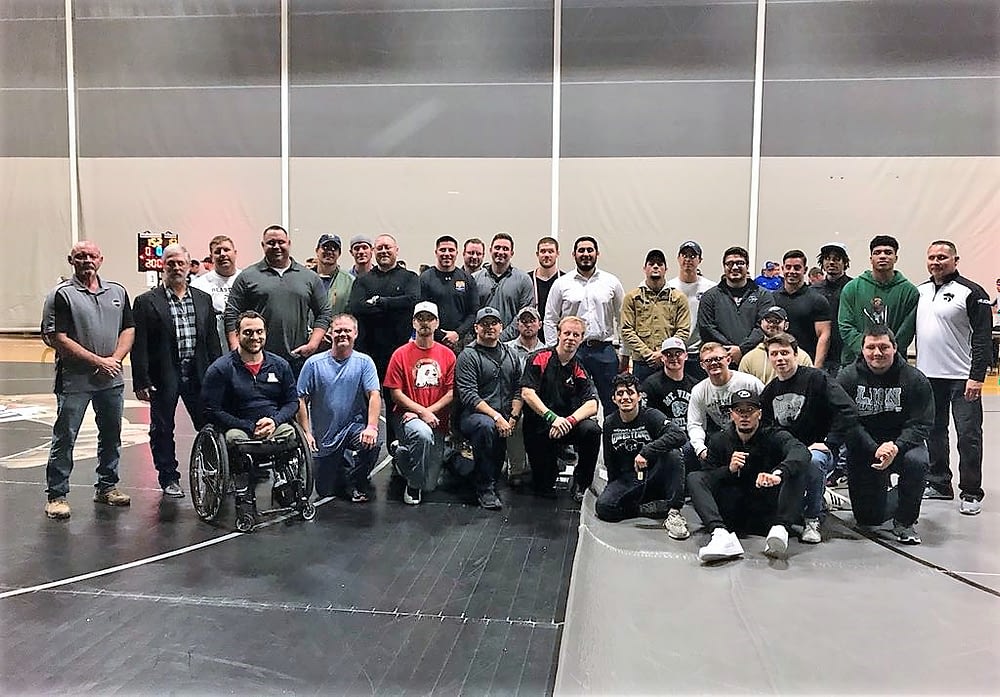 Mountain View recognized past coaches and wrestlers as part of the 30th Invitational celebration. (Andy Morales/AllSportsTucson.com)