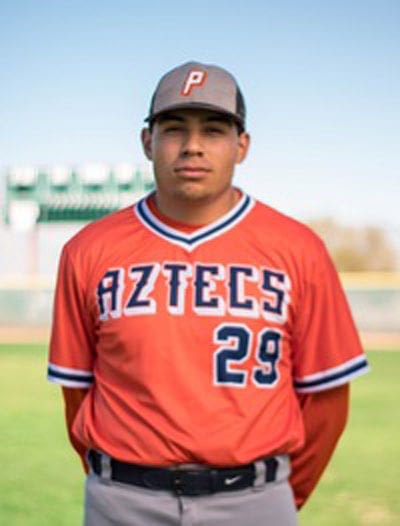 Pima Community College standout Brian Romero (Canyon del Oro) was selected ACCAC Division I Player of the Week on Tuesday for the week of Feb. 18-24.

Romero, a freshman first baseman, played in three of the four games as the Aztecs went 2-1-1 last week. They earned a sweep against No. 17 ranked Mesa Community College. Romero went 5-for-8 (.625 average) with four RBI, two runs scored and a double.