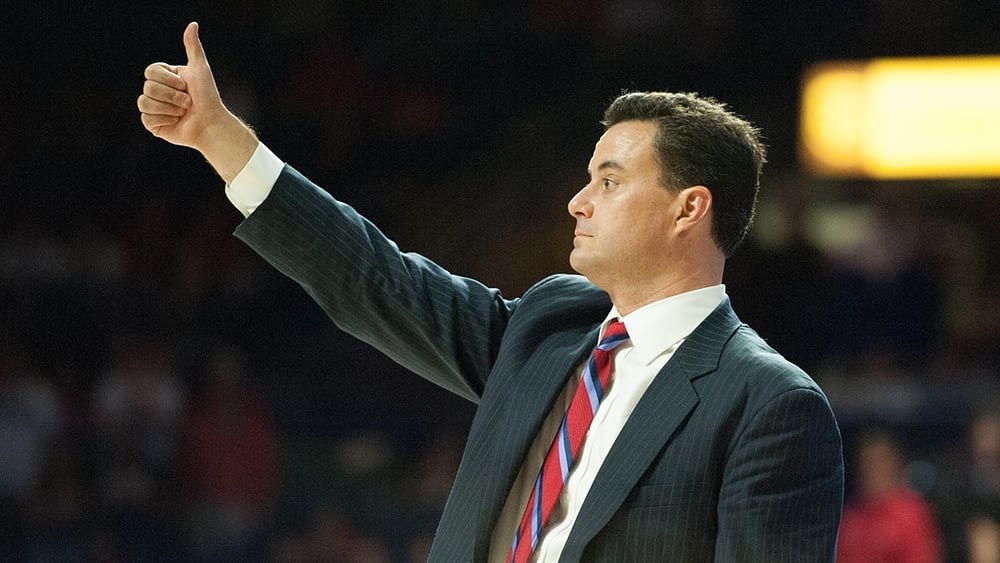 Arizona Wildcats coach Sean Miller has been selected the Pac-12 Coach of the Year for the third time, it was announced Monday.

Miller, in his eighth season in Tucson, also won the award in 2011 and 2014. He ends a two-year run for Oregon coach Dana Altman.

Miller navigated Arizona to a 27-4 regular-season record and a tie for the conference title with Oregon at 16-2. He is considered a prime candidate for national coach of the year after having to work around a 19-game absence of guard Allonzo Trier, a month-long injury to point guard Parker Jackson-Cartwright, the preseason loss of forward Ray Smith (ACL) and a few games missed by guard Kadeem Allen because of various injuries.

The league’s John R. Wooden Coach of the Award started in the 1975-76 season after Wooden’s retirement. Only two coaches have won it more than three times:

Elsewhere in the Pac-12 awards …

Freshman Lauri Markkanen was the only Arizona player among the 10 selected to first-team All-Pac-12. Allen and Trier were chosen to the five-man second team.

Markkanen was picked on the All-Freshman team, on which only one spot was really up for debate after Markannen, UCLA’s Lonzo’s Ball, UCLA’s TJ Leaf and Washington’s Markelle Fultz. That fifth spot went to Arizona’s Rawle Alkins.

Ball is the league’s Freshman of the Year.

In no surprise at all, the league coaches picked Allen for the All-Defense team. Oregon’s versatile, shot-blocking center Jordan Bell earned top honor as the Defensive Player of the Year. It probably wasn’t an easy call between those two, but it’s hard to argue with Bell.

Check out the full awards at Pac-12.com