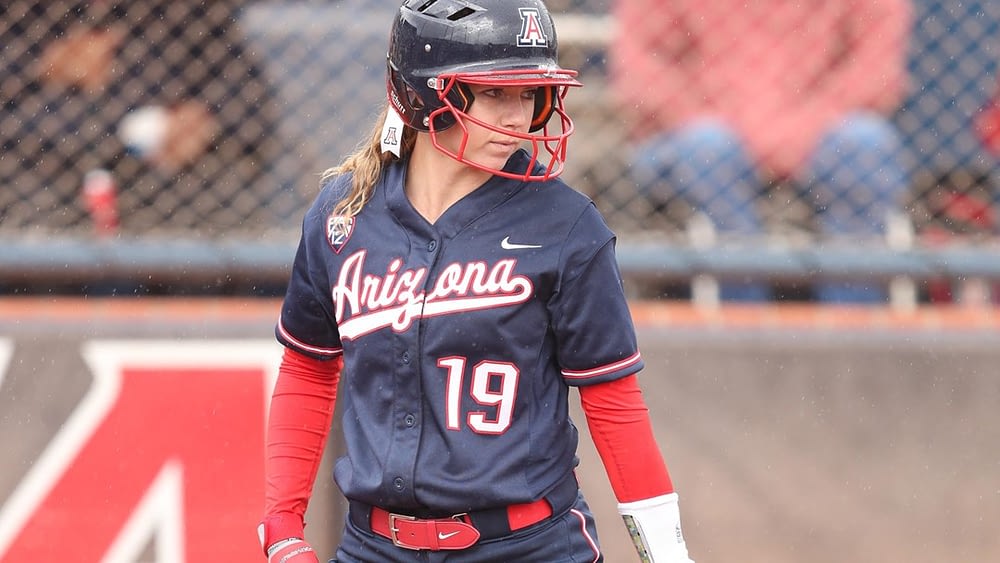 Arizona freshman first baseman Jessie Harper has been chosen the Pac-12 Player of the Week after helping the Wildcats go 5-0.

Harper went 7-for-14 with home runs and three doubles in victories over No. 9 Oklahoma, Long Beach State and a three-game sweep at Oregon State to start Pac-12 play. She went 3-for-3 with two homers in the series finale against the Beavers as UA won 7-4 in eight innings.

In addition to winning the league’s top weekly honor for position players, Harper was chosen Pac-12 Freshman of the Week for the second consecutive week.

Harper is hitting .380 on the season with 10 home runs, tied for the team lead with Katiyana Mauga. They are tied for 10th nationally in home runs, and Harper has hit the second-most home runs among freshmen.

Arizona (29-1) is ranked fifth in this week’s USA Today/NFCA poll. The Wildcats start a three-game series against No. 6 Washington on Friday night at Hillenbrand Stadium.