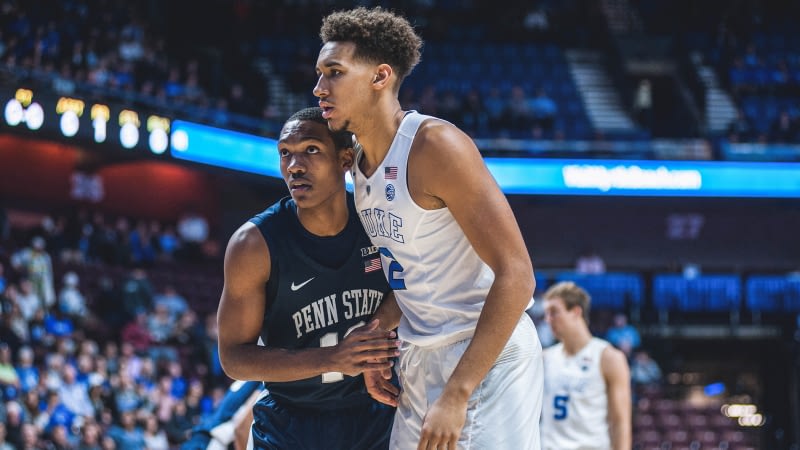 Duke center Chase Jeter, with two seasons of eligibility remaining, announced he would transfer this week — and Arizona is a potential destination, his father told Scout.com.

Jeter, from Las Vegas Bishop Gorman High School, would have to sit out next season.

His father, Chris Jeter, said the family is looking at Gonzaga, UCLA, USC, Arizona and Arizona State, as well as San Diego State and UNLV.

Jeter, a former five-star prospect, was limited by injuries as a sophomore, starting six of his 16 games. He averaged 2.6 points, 2.7 rebounds and 1.1 blocks in 14.9 minutes per game.

“Chase has been an outstanding young man in our program for the last two years,” Duke coach Mike Krzyzewski said in a statement. “He has been one of our top academic performers since he arrived on campus. Unfortunately, he was held back this season due to injury. We wish nothing but the absolute best for Chase and his family.”

It’s unclear how Arizona’s roster will shake out after this season — with early entries to the pro ranks and potential transfers — although coach Sean Miller has said the team is looking at add at least one or two more recruits to a four-man recruiting class.

Jeter (6-10, 230) was a McDonald’s high school All-American in 2015. He was on the 2015 United States Junior National Select Team (along with Arizona’s Allonzo Trier. Arizona offered him a scholarship out of high school.