Former Arizona Wildcats guard T.J. McConnell was honored Monday with the Professional Basketball Writers Association’s Charles Barkley Award, given to one player from each team for their cooperation with the media.

McConnell, who is completing his second year in the NBA with Philadelphia, is well-respected by the media that covers the 76ers. 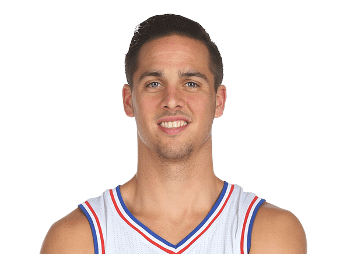 He was a media and fan favorite when he played for Arizona from 2012-15.

McConnell’s play warrants the media attention. Some of his averages this season were higher than what he achieved in his rookie season of 2015-16:

And he made history as well:

.@TJMcConnell is the 1st #Sixers player with 500 assists & 125 steals in a season since @alleniverson in the 2005-06 season. #BearDown #NBA pic.twitter.com/sbacixeZBK

His notable charity work in Philadelphia adds to his charm in the City of Brotherly Love:

.@TJMcConnell and Firstrust Bank have teamed up to raise $8,039.36 for the Sixers Youth Foundation through Dimes for Dollars this season! pic.twitter.com/phJtqrvCub