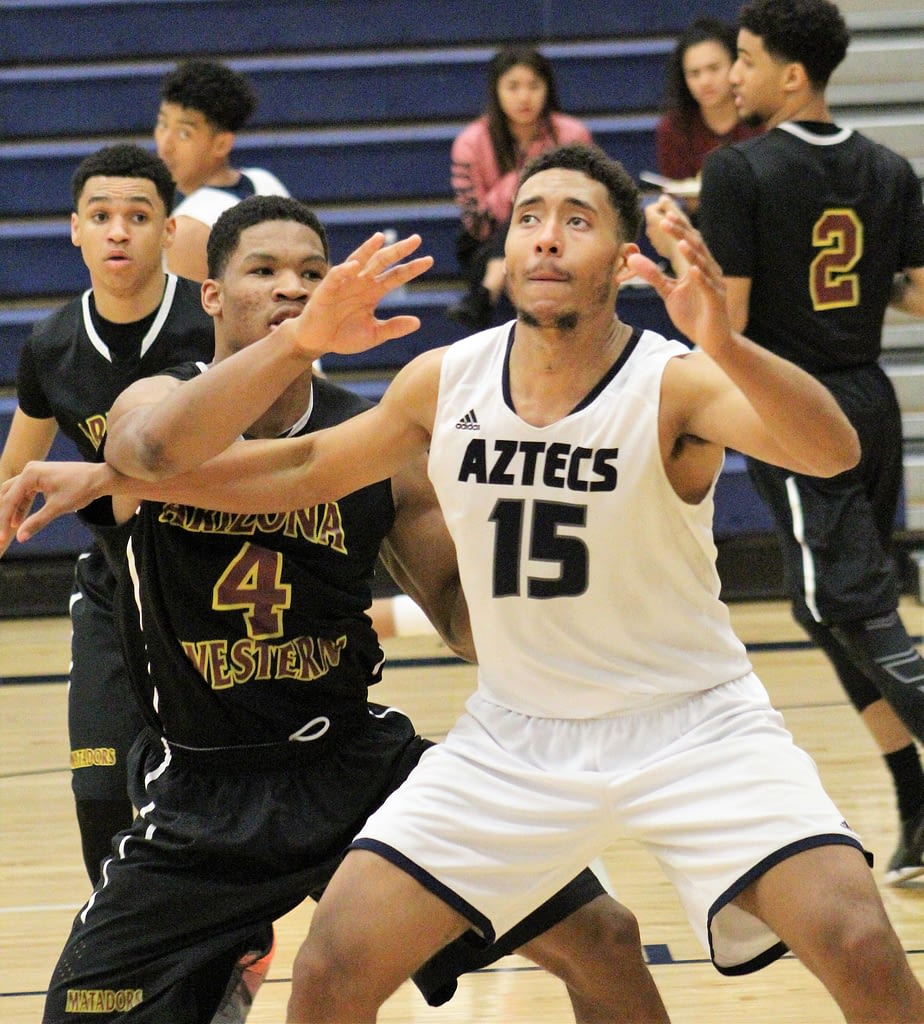 Pima Community College men’s basketball standout Deion James (Empire) received one of the highest honors from the NJCAA on Thursday in recognition of play during the 2016-17 season.
James, a sophomore forward, was named first team NJCAA All-American. He is the fifth player in program history and only the second since 1991.

James is also the second All-American under coach Brian Peabody. Murphy Gershman was named an NJCAA All-American in 2015.

James was the centerpiece as he was named ACCAC Co-Player of the Year and first team All-ACCAC. He was also selected the Region I, Division II Championship game Most Valuable Player.

He played and started in 33 games this season averaging 20.6 points (led ACCAC), 9.6 rebounds (second in ACCAC), 3.5 assists and one block per game. He also had 20 double-doubles in points and rebounds.

James helped lead the Aztecs to a 22-win season; most for the program since the 1989-90 season. The Aztecs also won 13 ACCAC conference games which was their best total since the 2000-01 season. Pima also made its first trip to the NJCAA Division II tournament since 2010.
The Aztecs finished second in the NJCAA in scoring 99.5 points per game. They led the ACCAC in points and rebounds.