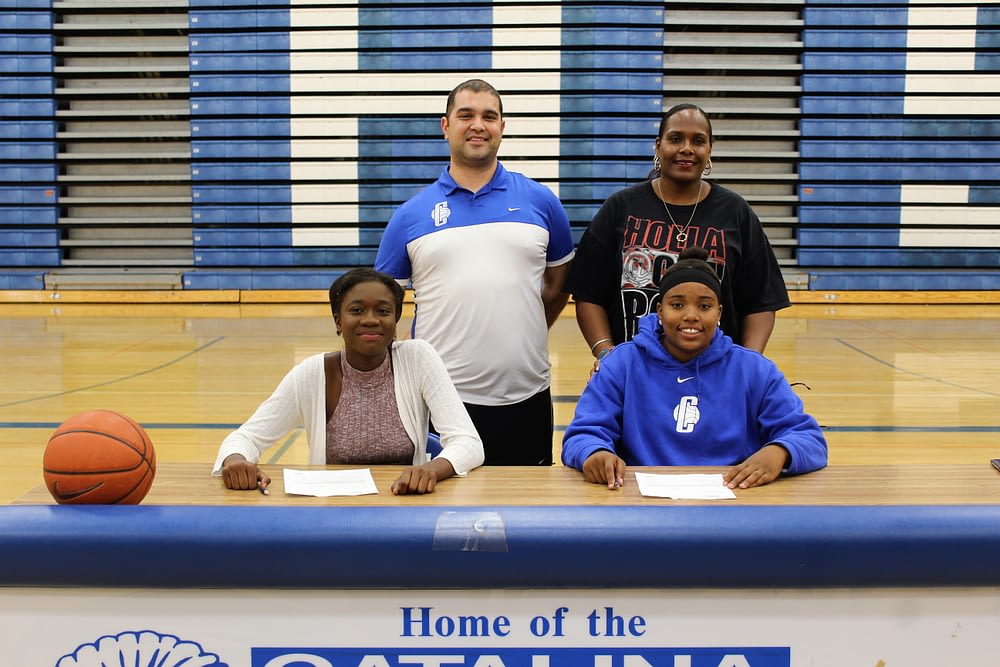 “I’m excited to be with a group of girls who are highly skilled in basketball,” Sylla said. “I’m nervous but still excited at the same time.”

Tara Wilson played basketball at Catalina from 1988-92 and she was good enough to earn a scholarship to play for NAU but she was unable to take that step. She is working hard to make sure her daughter Raja Davis takes advantage of this opportunity.

“I earned a four-year scholarship to NAU but I didn’t have the family support that Raja has,” Wilson explained. “It was a different time and she has all the support she needs.”

Davis understands the weight of her decision to play at the next level.

“It’s a new journey for me to be out on my own and getting used to the college life,” Davis said. “But I’ll adjust to it. I’ll be the first from my family.”