Arizona’s season opener against NAU at Arizona Stadium on Sept. 2 is 39 days away. To go along with the countdown to kickoff, this site will publish the Top 50 games in Wildcat football history.

From the Press Box — Jay Gonzales

“As a Star reporter covering this game, I recall thinking, ‘What the h-ll is going on with those uniforms?’ It took a fraction of a second for someone in the press box to comment that ASU looked like a bunch of bananas running on the field. After the game, I remember Glenn Parker saying something unprintable about the uniforms. Whoever thought of this idea at ASU should have been looking for another job after the game. People don’t remember the score of the game, but they remember the silly yellow uniforms.” 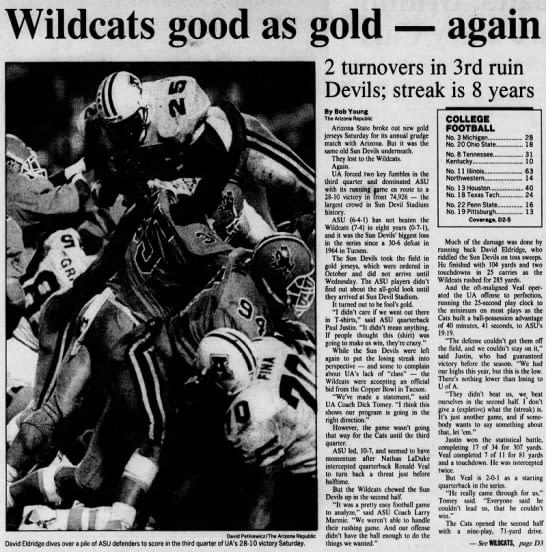