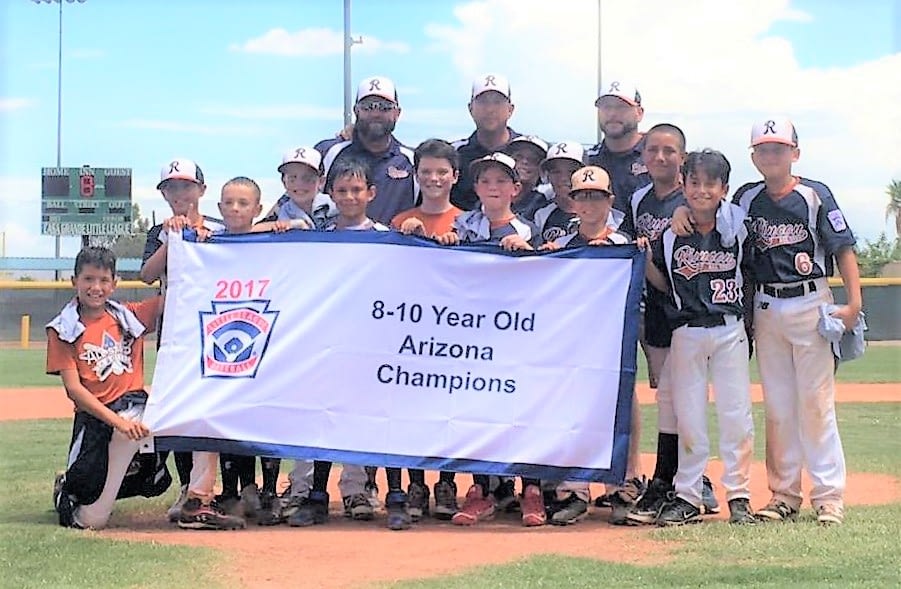 The Rincon 8-10 baseball team beat Arrowhead 19-12 on Saturday morning to win the state championship. The Vail-area team went 5-0 at the state tournament and 4-0 at the District 12 tournament, outscoring opponents 150-50 along the way.