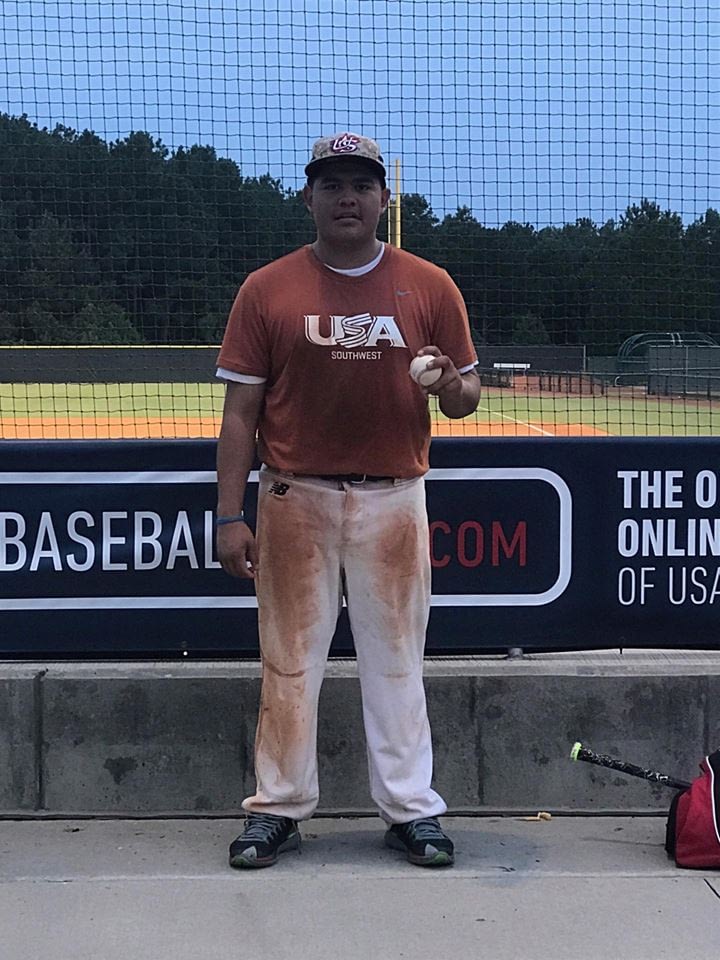 Bejarano, an eighth grader this school year, achieved the no-hitter in the seven-inning game, won by the Southwest 4-1. The Southeast scored its run after a batter walked, stole second and ran home on a throwing error from the outfielder who was trying to get the baserunner out at third base after tagging up on a fly ball.

In Southwest’s second game today, Bejarano had two RBIs in a 12-11 victory over South Florida. Southwest plays SoCal on Saturday morning in a semifinal game.

Mario Bejarano warming up before his game Friday in the 2017 14U National Team Identification Series in Cary, N.C. (Bejarano family photo)