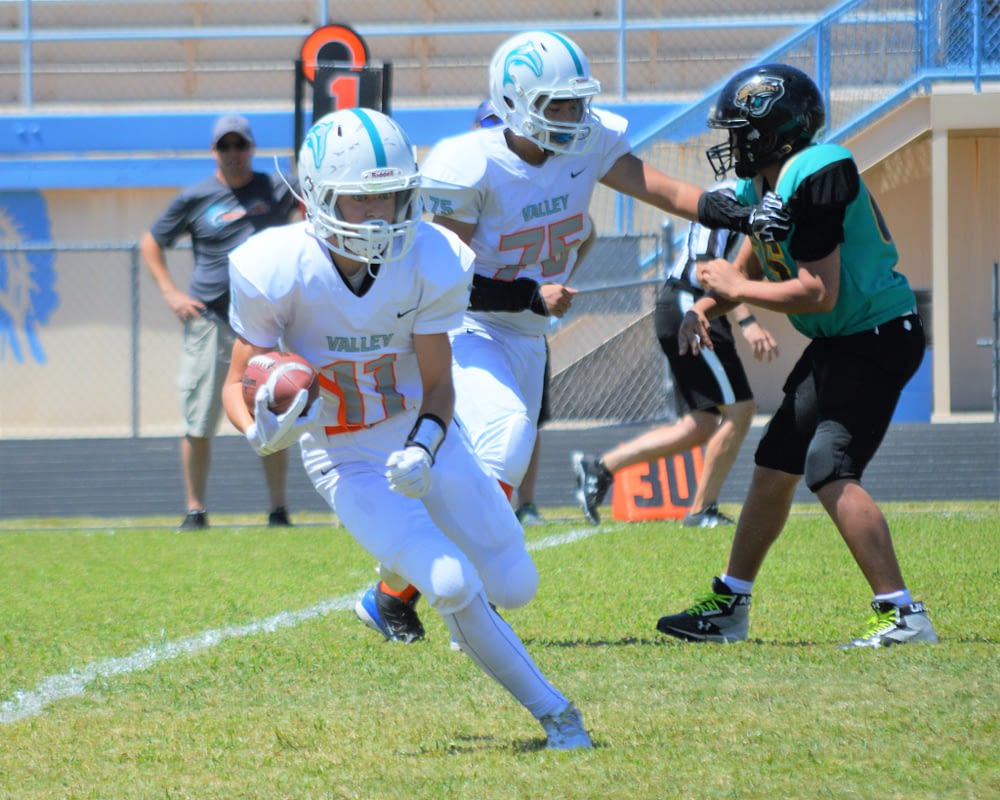 Cody Raetzman scored from 31 yards out to strat the game off. (Andy Morales/AllSportsTucson.com)

The 13U Oro Valley Dolphins beat the Tucson Jaguars 76-0 at Catalina High School. Although the final score was lopsided, there were plenty of spirited plays by both teams. Luis Sanchez recovered a fumble for the Jaguars and Jose Roman used his big body to block an extra point attempt.

Jordon Thomas rushed for 84 yards and two touchdowns to lead the Dolphins. Cody Raetzman had a 31-TD run and he added 15 yards receiving. Josue Franco, Jr. had a 40-yard TD run and he pulled in an interception. Lloyd Johnson had a 34-yd TD run. Dylan Dreis threw for 37 yards and two TDs. Tyler Haynie threw for 15 yards and rushed for 17 more with a TD. Landon Billings had a 20-yard TD reception. Jesse Hernandez had a 17-yard TD reception. Jesse Raymond had a 20-yard fumble recovery for a TD.

The schedule for Week Two can be found at http://tyfsf.com.

Daniel Perez hands off to Jacob Gonzalez while Jose Roman clears a path for the Jaguars. (Andy Morales/AllSportsTucson.com)