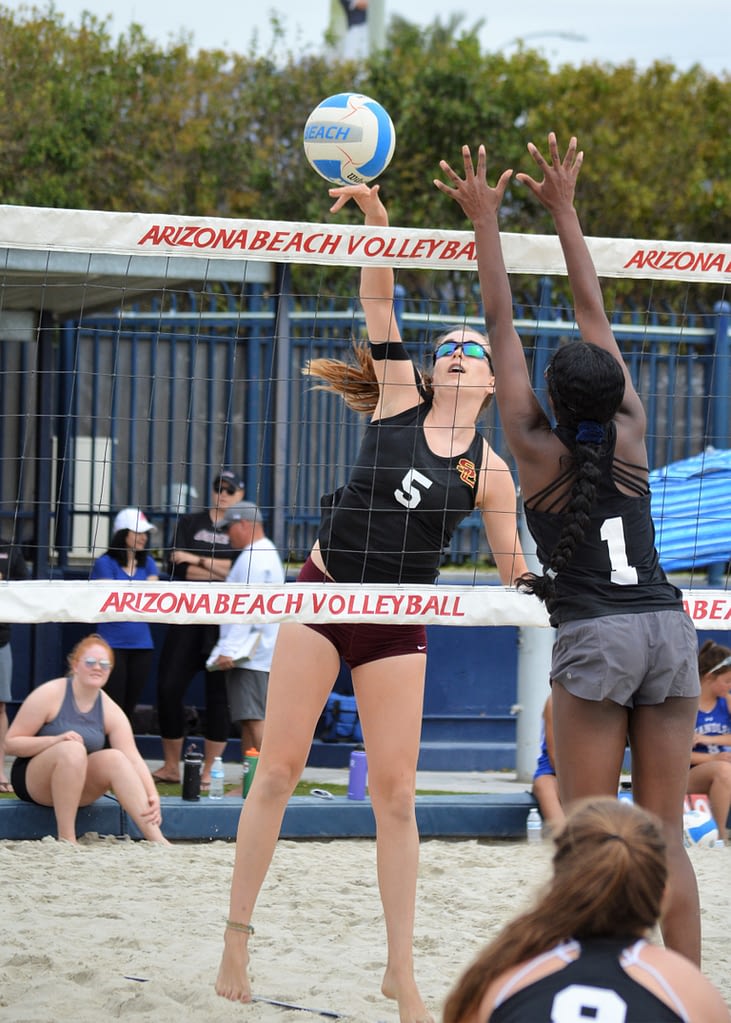 One by one, the boys volleyball teams from Southern Arizona fell in first-round action on Saturday, including No. 3 Cienega and No. 2 Mountain View. Of the nine teams earning a spot in the playoffs, only two remain:

Tucson High senior standout Cris Lopez picked up 13 kills in his final match to break two Badger record. He finished with a record 517 kills this year and 1,0001 for his career.

Canyon del Oro senior Jack Call set a Dorado record with an unofficial season total of over 670 kills on the year and 760 in his career.

Beach Volleyball continues on Monday with Pairs Competition featuring two pairs from Salpointe. Alanna Duarte and Madison Sundholm will face Alexa Spartz and Grace Cook of O’Connor at 5 p.m. and Peyton Lewis and Abby Russell will be going up against Tylar Garrett and Taylor Pope of O’Connor at 7 p.m.

Lewis and Russell are seeded No. 2 in the playoffs.