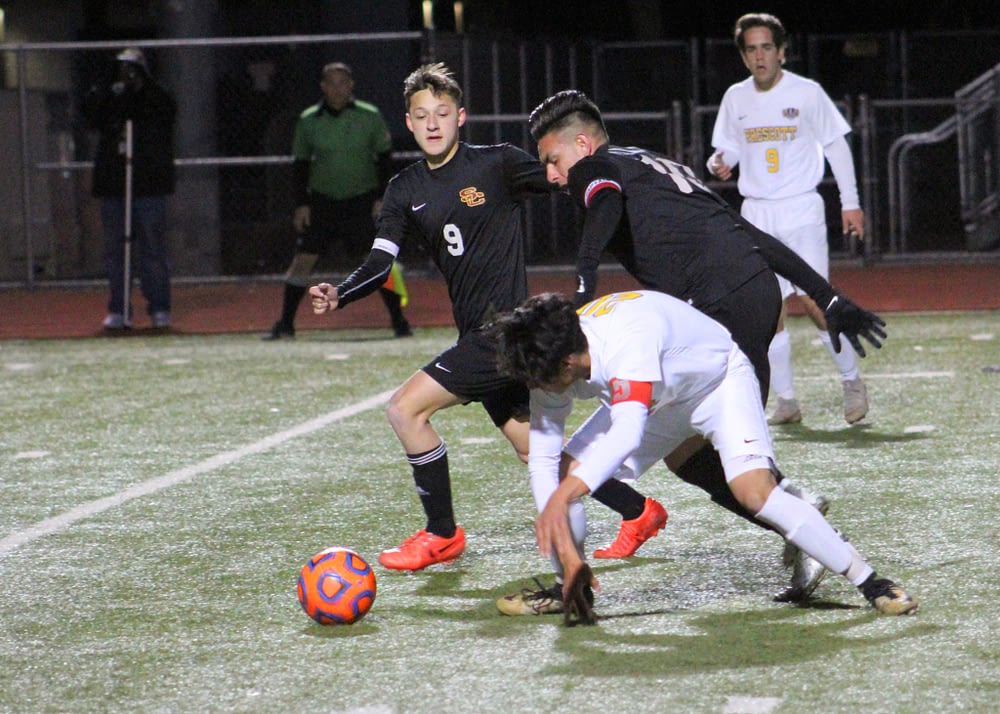 The numbers don’t jump off the page. The stats appear to be from an average team with 18 wins, five losses and two ties. Nothing too remarkable. But, as Salpointe head coach Wolfgang Weber believes, the numbers tell the story of a team, not individuals, and teams win championships.

Weber guided No. 1 Salpointe to the 4A state championship Tuesday night over No. 6 Prescott, 2-1. It was a cold night at Gilbert Williams Field, with the temperature dropping from 55 degrees at the opening kick to a chilly 40 degrees at the buzzer, but the play on the field remained heated until the trophy was raised.

When it’s 40 degrees a trophy is better than a gatorade bath @SalpointeLancer pic.twitter.com/YzZAyd1XfH

No. 5 Pusch Ridge and No. 8 Sabino came through in the 3A quarterfinal round and the two teams will play each other Friday night in the semifinal round. The game will be played at the Gila River Arena at 7:45 p.m. and will be streamed live.

Pusch Ridge standout Jared Clark scored 26 points against No. 4 Winslow Tuesday night in Prescott Valley, giving the senior 996 career points. Clark also scored 31 points against Sabino in a 69-57 win on Jan. 10 but he was limited to nine points in a 67-39 loss to the Sabercats on Jan. 29.

Pusch Ridge has never been to a state final and Sabino finished runner-up in 1993 to Sunnyside in overtime.

No. 1 Sunnyside is playing in its third state championship match (1997 and 2007) and No. 3 Salpointe and No. 5 Catalina Foothills will be playing each other for 4A supremacy.

The Falcons have eight championships and the Lancers have six including the last two in a row.

SOCCER CHAMPIONSHIP: GIRLS 4A
No. 3 Salpointe vs. No. 5 Catalina Foothills at Mountain View, 6:30 p.m.

1A BOYS BASKETBALL SEMIFINALS
No. 2 Gregory School vs. No. 3 Fort Thomas at Prescott Valley, 9 a.m.