Sierra Vista thrived Saturday behind the power hitting of D.J. Jackson and pitching of Isaac Torres in an 11-0 victory in five innings over Sunnyside in the Arizona State Little League Intermediate Tournament at Udall Park.

Sierra Vista will play Scottsdale Mountain View at 7:30 p.m. on Sunday at Udall Park in a semifinal game. Sunnyside faces Tucson Mountain in an elimination game before that at 5 p.m. Tucson Mountain defeated Cactus Wren District 2 by a score of 13-0 in five innings on Saturday night to stay alive in the tournament.

Jackson went 3 for 4 with two triples, two runs and two RBIs for Sierra Vista against Sunnyside. He also pitched the last inning, retiring the side in order with two strikeouts.

Torres went the first four innings on the mound allowing four hits with two strikeouts and no walks. At the plate, he went 2 for 4 with two runs, a double and a stolen base.

Both Torres and Jackson touched on some of the shortcomings Sierra Vista overcame to reach the state tournament, but the team has appeared focused through two games at Udall Park. Sierra Vista outlasted Tucson Mountain 6-5 on Friday night.

“My team, we were struggling at first, but when we came here, we became a team and played together really hard for these past two games right here,” Jackson said.

“Lately, we’ve been having some errors then and there, but we’ve picked it up,” Torres said. “We’re as one now. We’re a team.”

Sierra Vista coach Abraham Santillanez calls Torres a “freak of nature” who is not one of the more towering pitchers but he plays with passion just the same. After the last out of each of his four innings he pounded his glove emphatically in approval of his team’s strong defense behind him. 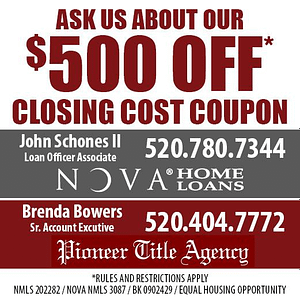 “He’s phenomenal,” Santillanez said. “He is a ballplayer at heart. He loves this sport. He’s a great athlete. I have millions and millions of words to say about him. He’s a great talent. I love him.”

Concerning Jackson’s pop in his bat, Santillanez said, “Now that we need him to step up, he’s putting Sierra Vista on his shoulders. Everything is coming into place. We’re like a little puzzle with all the pieces coming into place.”

Sunnyside was led by Adam Soto, who went 2 for 2.

Name to remember: Sierra Vista's Damien Jackson. He is 3 for 4 with two triples, two runs and two RBIs in the State Little Little League Intermediate (13U) tournament. pic.twitter.com/hwFBO6c3w5

Gennaro Brito went 4 for 4 with two triples and three RBIs in Tucson Mountain’s win over Cactus Wren on Saturday. Josh Menchaca went 3 for 4 with three triples, three runs and an RBI. Cipriano Moran, Ramses Mada and Tommy Padilla each had two hits for Tucson Mountain, which tallied 15 hits in the game.

Moran and Mada also combined for a one-hitter in the five-inning game. Moran, the starter, allowed the hit, struck out seven and walked one in 3 1/3 innings while Mada had four strikeouts and no walks in 1 2/3 innings of work.