New Catalina Foothills coach Darius Kelly, who only five years ago was with Syracuse as a strong safety preparing for the likes of Clemson, Notre Dame and Florida State, looked across the practice field the other day and pointed out assistant coaches who endured similar challenges as Division I players. 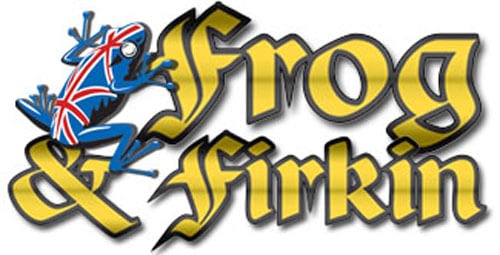 “Preparation for the game, it’s still a game … to me, it’s just go out there and have fun. That’s the biggest thing,” Kelly, 26, said reflecting on the wealth of knowledge Catalina Foothills players are receiving.

“Fly around. If you prepare the right way, going through all the things, taking all the coaching, honestly you step out in the game and say, ‘What is this?’ When you’re prepared, you succeed on the field, for sure,” Kelly said.

Kelly will coach against his alma mater Buena on Friday night at 7 p.m. at Catalina Foothills in the Coaches for Charity Kickoff Classic.

He also starred at Pima before heading to Syracuse to play for the Orange in 2013 and 2014. He was successful as a strong safety in the ACC as a senior. At Clemson, for example, he made six tackles and had a 20-yard interception return.

“I just want to be around the game of football as long as possible,” Kelly said about his young career as a football coach after he participated in mini-camps with the Buffalo Bills and San Diego Chargers.

He was part of Buena coach Joe Thomas‘ staff in 2015 as the defensive backs coach before advancing to be an assistant coach at Division II school at Saint Anselm College in New Hampshire the last three seasons. Former Syracuse offensive line coach Joe Adam is the head coach there.

Wanting to return closer to home, Kelly heard of the Catalina Foothills opening after Jeff Scurran resigned and started to actively pursue the position. Within a month, he was hired and started in February.

As fate would have it, his first game as a head coach will be against his alma mater and one of his mentors, Thomas.

“It’s a surreal feeling; I’m pretty excited about it to be across the field from Coach Thomas,” Kelly said. “Me and him are pretty close … Having an opportunity to play against my old high school, it’s kind of like a dream come true. It’s going to be fun.”

Veal, who played wide receiver at Arizona from 2007-11, is a former Buena quarterback standout. He has joined Kelly, whom he met when he was a senior at Buena and Kelly was in the eighth grade at Sierra Vista, after being part of Scott McKee’s staff at Sahuaro.

He is bringing the philosophy of Sonny Dykes‘ Air Raid offense — which he played in at Arizona — of spreading out the defense and hitting windows and zones. That college background matched with the similar experience of the other assistant coaches on Catalina Foothills’ staff should prove to be valuable for the players.

“In addition to myself, we have a staff full of former college players and college coaches and NFL players and high-level coaches so I think just the general experience that we bring is one as a player … we’re trying to build here is a player’s program, somewhere they can come and excel in the classroom and excel in other aspects other than football and when we get to football time, we really have an excellent staff, a lot of knowledge.”

Parker, who has stayed on the staff after serving with Scurran, said he and his new fellow assistants have meshed well. He views the change as a seamless transition because of the similar background of the coaches.

He can sense from his son Will Parker, a standout senior linebacker, that the players are receptive to receiving instruction from coaches who reached the level of which many of the Falcons aspire.

“Coach Kelly has brought in really a diverse group of coaches,” Parker said. “We all get along really, really well. We all have a lot of fun together. A lot of differing opinions on the way things can be done but we always come to a consensus of what’s the best for our given personnel.

“I think the kids sense a different energy. There’s a lot more upbeat, uptempo … a lot of positives with this group that I really like.”