Desert View coach Robert Bonillas comes from the coaching philosophy of the late Dick Tomey — minimize the mistakes by establishing a strong ground game that keeps the defense off the field as much as possible to remain effective.

Behind the running of budding sophomore stars Serge Gboweiah and Carlos Alvarez, and his opportunistic defense, Bonillas followed that winning formula and coached the Jaguars to a 20-6 win at Jaguar Stadium on Friday night. 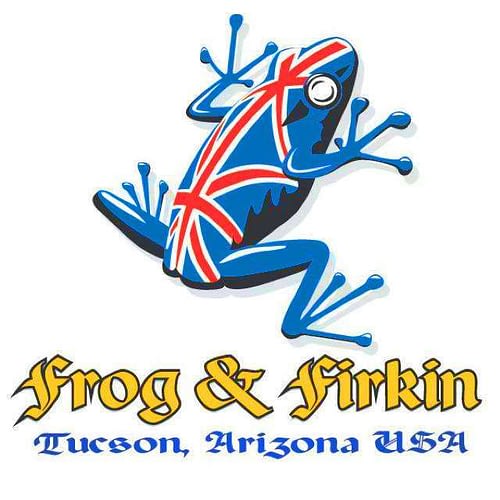 The victory continues to sway momentum in the Duel in the District toward Desert View, which has won three of the last four games against Sunnyside after the Blue Devils held a 13-1 edge. It was the opener for Desert View. Sunnyside is 0-2 after losing at Gilbert Campo Verde last week.

In their first varsity games, Gboweiah rushed for 166 yards on 21 carries and a touchdown and Alvarez gained 66 yards on 10 carries with two touchdowns. Desert View finished with 227 yards on 40 carries.

“We expect that from them,” Bonillas said of Gboweiah and Alvarez, “because of the way the offensive line works together. Everybody gets credit today.”

Gboweiah, with his speed, athleticism and fearless running, made every possible hole become chunks of yardage. Being on the bigger stage in his varsity debut, in front of a near-capacity crowd at Jaguar Stadium against a rival, did not hinder him at all. Quite the opposite.

The 5-foot-8, 170-pound back from the Ivory Coast started the game with consecutive 11-yard bursts. He had 30 yards in the opening possession, of which he capped with a 1-yard scoring run, giving Desert View a 7-0 lead with 6:21 left in the first quarter.

“To be honest, I came out with great energy,” he said. “I had great help from my teammates, everybody was there, so I was able to do my job.”

Within seconds after the game, Gboweiah was already with his jersey and shoulder pads off, running around, taking part in the crazed atmosphere of celebrating Desert View students and family members.

“It’s all about energy,” he said. “Our hype was there. I like my teammates for that. I appreciate them. We’re going to keep going. That’s one in the book.”

The festivities at Desert View — before and after the game — surrounded Sunnyside coach Glenn Posey and Bonillas as they stood together in conversation. Bonillas was on Posey’s staff at Sunnyside in 2011 after they were assistants together with the Blue Devils under Richard Sanchez.

The wild night also pertained to what took place on the field, especially for Sunnyside.

“Well, we made every mistake you can make and then we multiply that times two,” a bewildered Posey said after losing for the first time as a coach or player in the Duel in the District rivalry.

Two drives deep into Desert View territory in the second half resulted in turnovers, including an interception ending the Blue Devils’ last possession after driving to the Jaguars’ 24-yard line with 1:28 remaining.

“We just shot ourselves in the foot so many times that we couldn’t finish drives,” Posey said. “We had a tailback who didn’t know the ball was coming to him. We had a quarterback who did not know the play. We had slot receivers not know what they’re doing. We had defenders not doing their assignments.

“We made all the mistakes. It’s all on us. They did a great job. They ran the ball right at us. We knew that’s what we had to stop and we didn’t stop it.”

Posey is now 6-1 against Desert View as a player and coach. He symbolizes the dominance the Blue Devils once had in the series until Bonillas was hired by Desert View in 2012. Bonillas was a four-year letterman at Arizona from 1995-98 after a stellar career at Nogales,.

Late in the third quarter, Sunnyside freshman quarterback Deion Conde, another potential standout in the making because of the experience he is gaining now, engineered a drive from the Sunnyside 12 to the Desert View 3. Conde completed passes of 19 and 21 yards to Angel Cano in the series.

A miscommunication resulted in a fumbled pitch, however, and Desert View kept its 13-0 lead, taking possession at its 9.

Given another opportunity — after Cano returned a punt 53 yards to the Desert View 22 — Sunnyside finally cashed in with a 4-yard touchdown run by Martin Arvizu with 9:47 left in the fourth quarter to cut the lead to 13-6. Conde set that score up with a 20-yard completion to Anthony Galvez.

Desert View answered with an 80-yard drive that included two completions by junior quarterback Ryan Corral of 20 and 15 yards and the running of Alvarez, who converted on a fourth-and-3 play at the Sunnyside 33 with a 3-yard run to keep the drive going. Alvarez capped the possession with a 15-yard scoring run to put Desert View ahead 20-6 with 3:19 left.

“Our kids work hard; I can’t take that away from them,” said Bonillas deflecting attention away from him when asked about his ability to turn the series around with Desert View’s 3-1 record since 2016.

“We’ve been able to do what we’re supposed to do and we keep getting better.”

Keep an eye on this sophomore running back at Desert View — Serge Gboweiah. Tremendous athlete, strong and fearless. He finished with 166 yards on 21 carries and a TD in Desert View's 20-6 win over Sunnyside in the Duel in the District. Had runs of 42 and 36 yards. pic.twitter.com/0kzwpByA1i

Conde took Sunnyside in its last possession from the Blue Devils’ 19 to the Desert View 24 by completing a couple of passes for 28 yards. Arvizu had a 17-yard run and the Jaguars were flagged for a 15-yard personal foul in the drive. The threat ended with the interception by safety Enrique Gonzalez.

Conde finished completing 11 of 24 passes for 127 yards, but as Posey pointed out, the youngster’s stats are misleading because Sunnyside dropped a few passes, including one that would have resulted in a touchdown in the first half after the Blue Devils drove to the Desert View 21.

“What kills it is that the throws that (Conde) made that were great, they were dropped,” Posey said. “So then everybody says, ‘Oh, look at the stats, this many incompletions. …” Well, four or five drops, changes the whole tone of a game.

That fight includes an early wakeup call for the Blue Devils Saturday morning to be at Sunnyside by 9 to watch game film. Posey mentioned to me the other day at practice that one of the players asked if the team could have Labor Day off despite a game Friday against a Rincon team that won its opener last week and had this week off.

Bad move by that kid.

“They played harder than us tonight,” Posey said of Desert View. “We have to fix that. We can’t let that happen.

“It’s not going to be a pleasant day tomorrow.”