Basketball rankings in November are like worrying about your place in a marathon before running the first mile.

So the fact that CBS commentator Seth Davis has yet to rank Arizona after its impressive 2-0 start in lopsided wins over NAU and Illinois at home is all what you make of it. 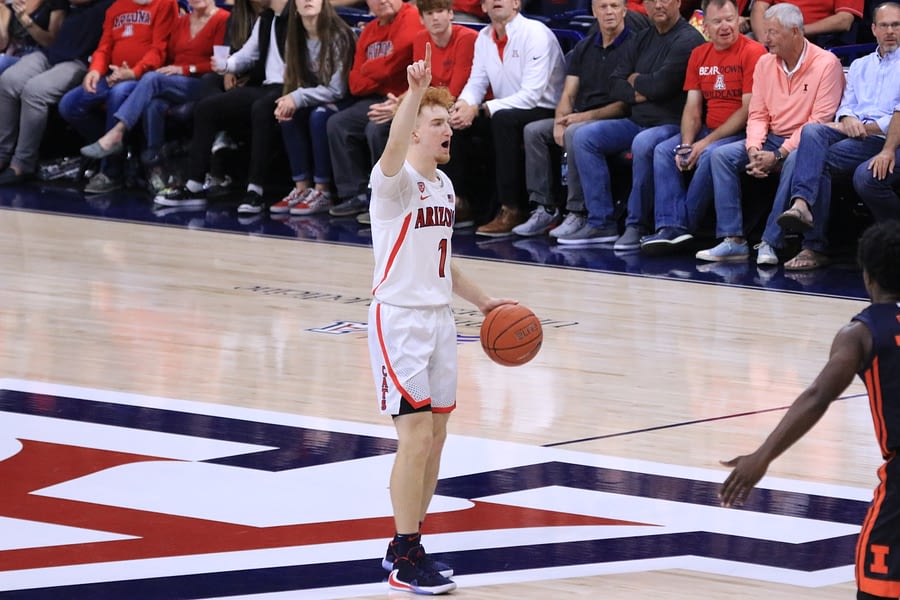 Miller: ‘We want to Push the Ball’

Share Tweet The kids are going to be alright … and because of it, so will their coach. Or so it seems when it comes to the University of Arizona basketball team. Sunday night the Wildcats looked – and played – with a style that suits them: fast, harkening the day of the Lute Olson […]

On the flipside, ESPN broadcaster Dick Vitale, now loathed by Arizona fans after intense criticism of Sean Miller following the FBI inquiry into college basketball, has the Wildcats the highest among AP Top 25 voters at No. 12 in the new poll released this morning. Arizona moved up two spots to No. 19 this week with seven voters, including Davis, who do not have the Wildcats ranked. Arizona next hosts San Jose State on Thursday.

Veteran Arizona Daily Star reporter Bruce Pascoe, the beat reporter of the program for the last 20 years, has the Wildcats ranked at No. 23.