The Tucson Youth Football 14U All-Stars are in the American Youth Football National Championship game after their convincing 33-6 semifinal win over Central Massachusetts today at Kissimmee, Fla. 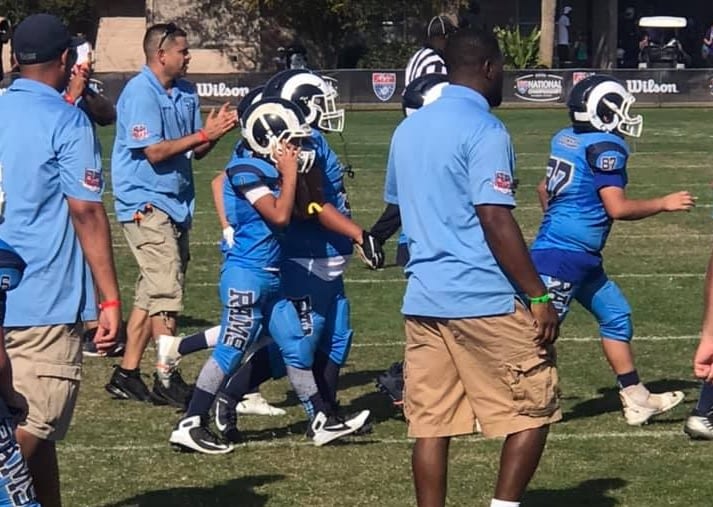 More TYFSF Success in Florida: 10U Southwest Rams Victorious in Opening Round Game

Share Tweet The Southwest Rams took a 20-0 at halftime over the Cranston (R.I.) Chiefs and held on for the 20-6 victory today in a 10U opening round game of the American Youth Football National Championships at Kissimmee, Fla. The Rams will next face either the Garden Villa (Texas) Giants or the Gle…

Some of Tucson’s standouts today:

Joe Alba and Kaden Luke (both of the Oro Valley Dolphins) each scored a touchdown before Jaxson Banhie (Sahuarita 49ers) had a 50-yard touchdown reception. Savaughn Berryhill (Tucson Falcons) also had a TD reception. Berryhill is the younger brother of Arizona receiver Stanley Berryhill III.

Tucson has outscored its first two opponents in the tournament by a combined score of 81-6.

The 30 players who traveled to Florida are eighth graders who will play at the high school level next season. The team has been in Florida since Saturday and they return to Tucson on Saturday.

While at Kissimmee, they also have to concentrate on academics with some of them working on their final exams.