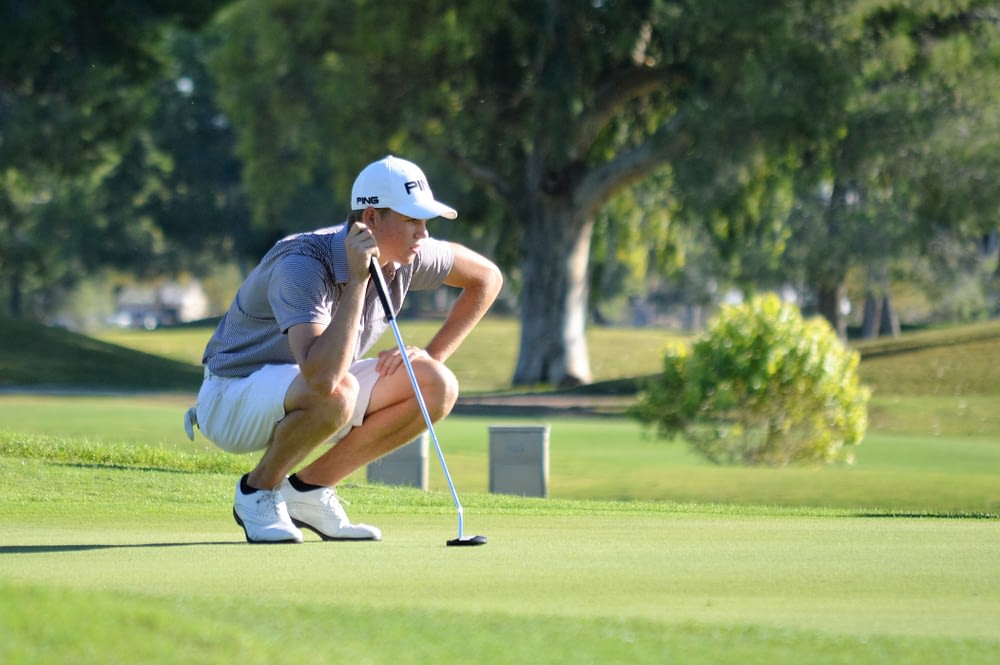 Salpointe senior Trevor Werbylo shot a 6-under 30 at Randolph North today to help the Lancers edge Canyon del Oro 145 to 146. Werbylo is not only the top-ranked golfer in Division II, his ranking of -3.371 is the best in the state regardless of division.

This was his second round of 30 at Randolph this year but the future University of Arizona Wildcat knows he came oh so close to doing even better in his final regular season outing of his high school career.

“I had all those birdies to start out and it was looking good from there,” Werbylo said. “I shot a 30 earlier and came really close to at least a 29 today.”

Werbylo took second at state last year by only one stroke and the Lancers finished 12-back to finish runner-up as a team. Werbylo also took second in 2014 and was 14th in 2013.

“Today was a good win but winning state has been our ultimate goal all year,” Werbylo explained. “We have this week to prepare and I think we will do well.”

Werbylo grew up playing baseball and he played with other future standouts such as Catalina Foothills senior Gavin Cohen. His father, Roger Werbylo, coached Canyon del Oro to two state championships (1979 and 1984) so baseball was the natural choice for him at an early age.

He started to get serious about golf in middle school and never looked back (Except for his freshman year at Salpointe when he played for his father who is now the Salpointe freshman coach.)

Cohen, like Werbylo, is headed to Arizona. Cohen is ranked 5th in Division II or 11th overall.

“It will be fun to play together because I’ve known him since we were younger,” Werbylo added. “We will be teammates soon.”