Each and every game I saw Lauri Markkanen prepare for a game – at McKale Center or otherwise – he periodically roamed about five feet from the college 3-point line of 19-feet, nine inches.

And he made the shot – consistently. It was even well beyond the NBA 3-point line. When I asked him about his range he just said it was far. He’ll be at home in Chicago and the NBA next season. He’s found his range for a team that needs his shot. 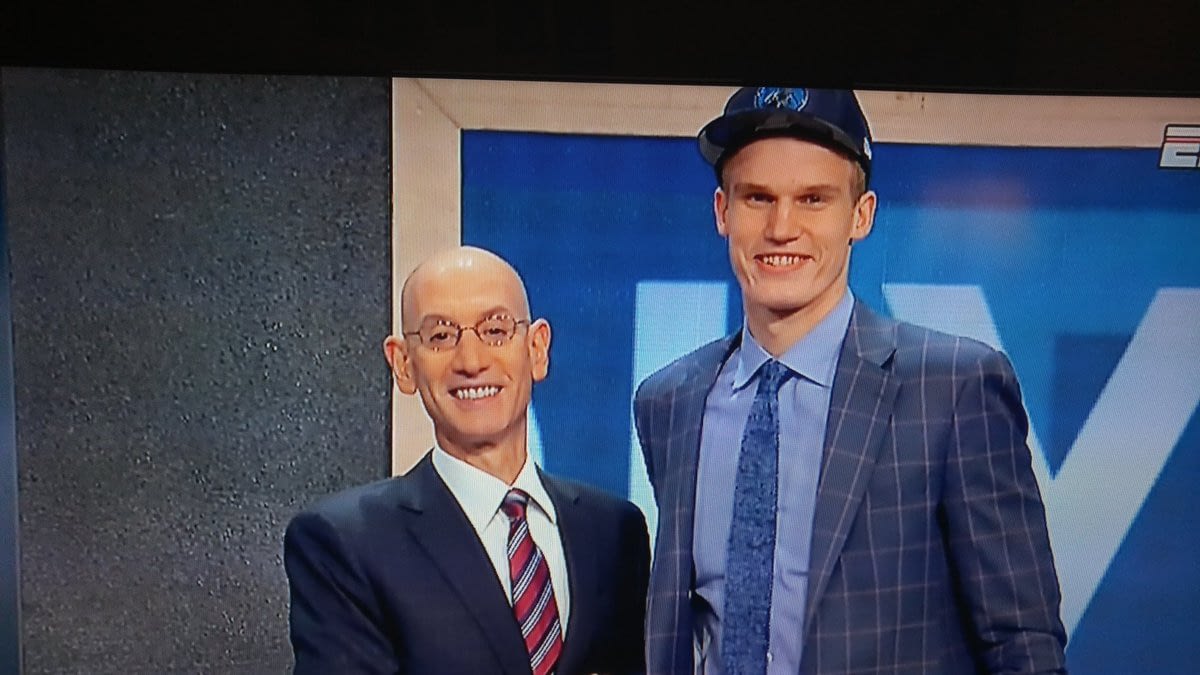 “I’m definitely happy to be there,” Markkanen was quoted in the Chicago Tribune. “I’ve been working on my shot, making NBA 3s. I can make that shot better than (the college distance).”

It will be his first trip to Chicago given he didn’t work out for the Bulls during this draft process.

In a somewhat surprise, former UA player Kadeem Allen was chosen by the Boston Celtics late in the second round. Former players Kobi Simmons and Chance Comanche did not get drafted after leaving early.

“I’m just excited to get to Chicago, and I’m going to bring a lot of energy, and I can do a lot of things for the team and not just shooting the ball,” he said in talking to reporters in Brooklyn about being drafted by Minnesota but getting traded to Chicago. “I can stretch the floor a lot and I can help the team on rebounding. A lot of things.”

One would be the shooting. He proved to be unbelievably accurate for Arizona for more than half the season before slumping late. But his versatility, size and potential (Oh, how the NBA loves potential) have Chicago feeling good as it has decided to go with a youth movement after shipping Jimmy Butler to Minnesota for Markkanen’s pick.

The youth movement is on in Chicago. Markkanen said he knew of the trade just before his name was called with the seventh pick. It could mean a lot of minutes right away.

“Yeah, I’m definitely ready to play right away,” he said. “Whatever coach asks me to do, I’m going to do, and I know I’m in good shape and I’m ready to play.”
He’s the latest in a long line of former Arizona players who have been lottery picks, with Stanley Johnson being the latest two years ago.

When asked who his game compares to – although there have been some who have compared him to Dallas’ Dirk Nowitzki – Markkanen all but skirted the question.
“I know the game is changing all the time, so there’s more and more big guys who can shoot the ball and stretch the floor,” he said. “But I don’t think there’s like one similar, one exactly like me. I’m trying to learn from everyone and just play my own game.”