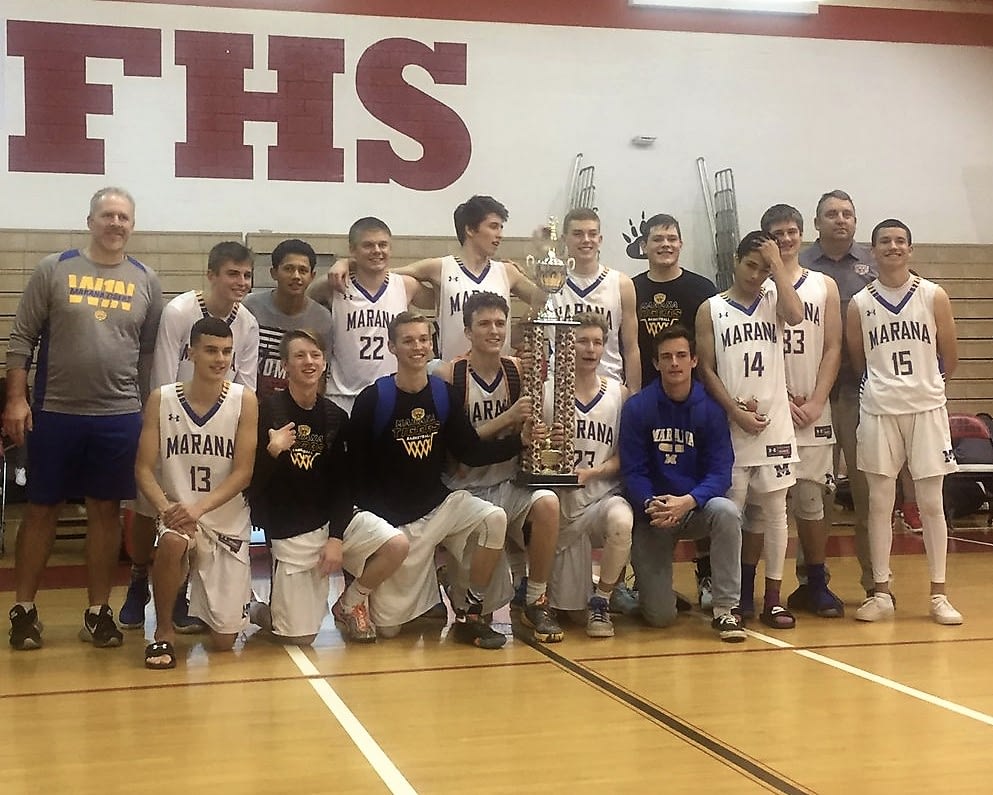 Marana (8-9, 0-0 in the 5A Sonoran) went 6-0 at the First Eddie Martinez Invitational held at Florence High School this past week. The Tigers withstood two overtime games, including a 73-71 win over Florence in the semifinal round, to capture the championship over Empire.