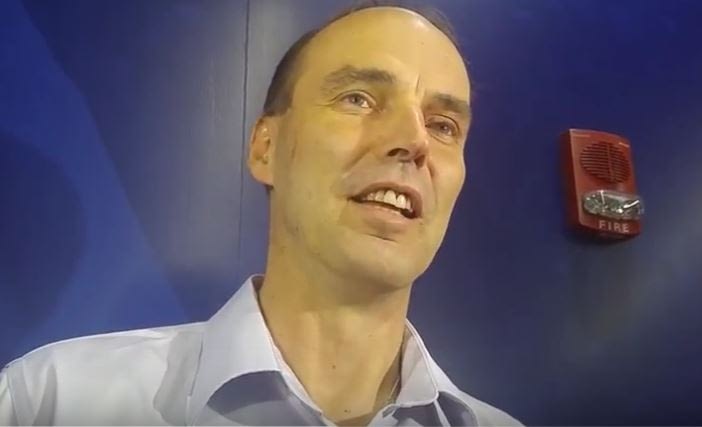 Pekka Markkanen played one season of college basketball at Kansas.

Pekka Markkanen has what he calls an old diary — a record of how much his son, Lauri, was playing basketball.

Lauri was about 10 years old at the time, and Pekka recently reviewed the diary to re-discover that his son was practicing basketball about 4 1/2 hours a day.

Pekka was in Tucson for Thursday’s announcement that Lauri — a projected lottery pick — was turning pro after his freshman season with the Arizona Wildcats. The 7-foot forward seems made for today’s more wide-open game, with an emphasis on big men who can stretch the defense with their 3-point skill.

“It’s going to be a lot of one-on-one game,” Pekka said of Lauri in the NBA.

“I don’t know, we’ll see how it goes. I’m just hoping they find a team for Lauri that he gets an opportunity to play, not be a player from 8 to 12. He has to be the best seven or eight players so he has time to show what he is capable of.”

Coach Sean Miller praised Lauri’s academic work in his brief time at Arizona, but now the focus will be solely on basketball, which suits Lauri just fine.

“Whatever he does, he only thinks about basketball,” Pekka said. “Sometimes, I get tired of that … ‘Can he talk something else?’ But that’s why he’s so special, I think.”

Watch more of the interview from Pekka, who met with reporters at McKale after the press conference…