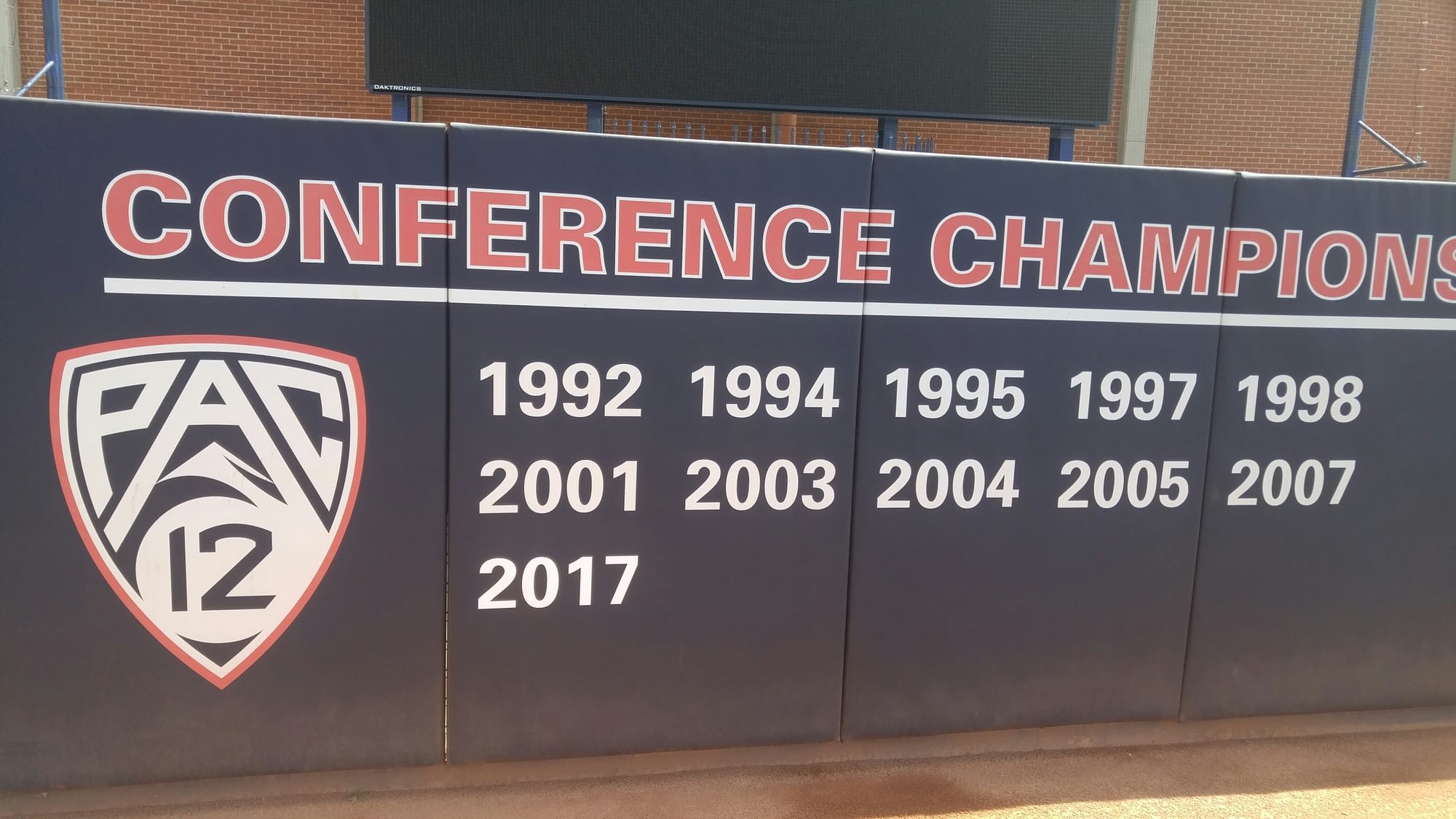 Arizona heads into the postseason as conference champions for the first time since 2007. (Photo by Anthony Gimino/AllSportsTucson.com)

The Arizona Wildcats softball team is the No. 2 overall seed in the NCAA Tournament and will begin regional play Friday at Hillenbrand Stadium.

If Arizona wins the double-elimination, four-team regional, it will then host a best-of-three Super Regional, starting May 25 or 26, against the winner of the Waco regional. No. 15 Baylor is hosting Kent State, Oregon State and James Madison. (FULL 64-TEAM BRACKET.)

Arizona hasn’t been to the Women’s College World Series since 2010 and hasn’t hosted a Super Regional since 2011.

Arizona (48-7) is coming off its first conference title since 2007. The Wildcats were 18-6 in the Pac-12, ending Oregon’s four-year reign as champion. The Ducks — who had a game snowed out at Utah in March — finished a half-game behind Arizona at 17-6.

“It was fun to watch them celebrate. It’s been a while,” Candrea said of the team clinching the title with a regular-season-ending 7-2 victory at UCLA last Sunday.

“I tried to downplay that as much as I could because a Pac-12 championship is one step along the way, but it is important. And it’s important because I think it’s a very prestigious conference, and I think this year even more so with all the teams that are ranked in the Top 10.

“It was a very tough year to win that. The last thing I wanted was for us to not take care of our job.”

While the SEC has more depth of teams in the NCAA tournament — all 13 teams that play softball got into the field — the Pac-12 has four of the top six seeds.

Florida is the No. 1 overall seed. Oregon is third. Florida State is fourth. UCLA is fifth, and Washington is sixth.

As for the regional this weekend, South Carolina is the main threat, although the Gamecocks didn’t place a player on the SEC first- or second-team all-conference squads.

South Carolina does have wins over Florida, Auburn (the No. 7 tourney seed) and Tennessee (the No. 8 seed) this season.

New Mexico State has a high team ERA of 4.34. The Aggies are led by slugging sophomore Kelsey Horton, who is hitting .424 with 16 home runs. They have a team batting average of .327.