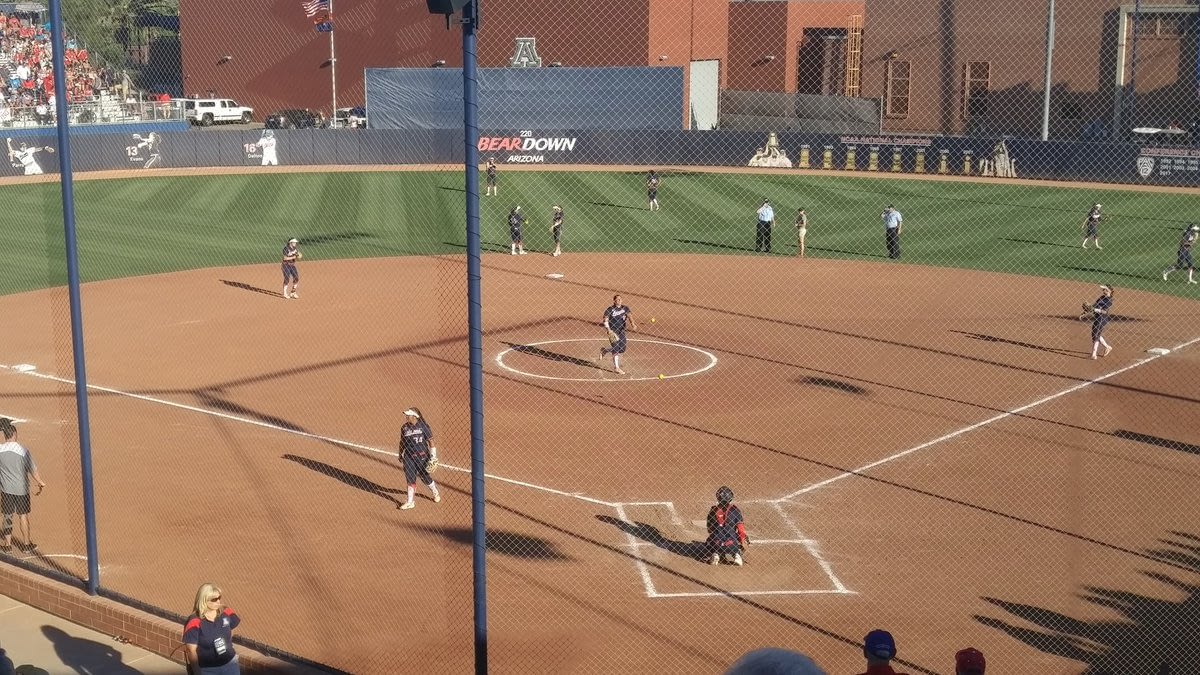 There will be more softball at Hillenbrand Stadium this week.

The Arizona Wildcats softball team will continue its postseason quest this week against Baylor in a best-of-three Super Regional at Hillenbrand Stadium.

Arizona took care of business Sunday by beating South Carolina 9-0 to win an NCAA regional. The Cats went 3-0 in the regional, shutting out New Mexico State and the Gamecocks twice.

The days and times of the Super Regional were still to be announced as of early Sunday evening. Arizona is trying for its first World Series appearance since 2010.

Arizona (51-7) and Baylor (46-12) played in a season-opening tournament at Hillenbrand Stadium on Feb. 11. The Wildcats won 4-0, scoring all their runs off starter Kelsee Selman, who allowed seven hits in 5 2/3 innings. She struck out three and walked none.

Dejah Mulipola and Katiyana Mauga hit home runs while Danielle O’Toole tossed a five-hitter, striking out seven and walking none.

“I certainly wouldn’t pick Arizona to be in front of me to get to the World Series,” Baylor coach Glenn Moore said after his team won a regional Sunday as No. 15 seed in the NCAA tournament. “They’re a very good team and we’ve already seen them this year. But we did some good things against them early in the year when we thought this team was in rebuilding mode.

“I know they’re a talented team that is on a mission to get to the World Series. They haven’t been there in a while.”

The Bears have the pitching, speed and hitting to be problematic for Arizona. They have wins over Arizona State, Michigan, Washington, UCLA and Oklahoma this season.

Selman is 23-8 with a 1.46 ERA. Sophomore pitcher Gia Rodoni (17-2) threw back-to-back no-hitters in NCAA regional play, against Kent State and James Madison, lowering her ERA to 1.57.

“She is a dominating pitcher; we have a lot of confidence in her, as well as Kelsee,” Baylor infielder Lindsey Cargill said Sunday in the postgame press conference. “So we are ready to see what she can do against Arizona. I know she can do really well, so I’m excited to see that.”

Said Moore of pitching: “It’s the name of the game. When you have a dominant pitcher, you can win ballgames, you can beat anybody, even if your offense doesn’t match up sometimes. To have two going, to the degree we have two going … we feel pretty confident in either one of them. Why wouldn’t we?”

Baylor entered regional play 10th in the nation in stolen bases, averaging 1.91 per game. Cargill, in addition to hitting .449 — she was fourth nationally in batting average after the regular season — has stolen 34 bases.

The Bears’ team batting average entering the NCAA regionals was .328, ninth in the country. (Arizona was sixth at .336, with a lot more power.)

Arizona fans might recognize the name of Baylor junior center fielder Jessie Scroggins, who is hitting .364. She is the sister of former Arizona backup quarterback Jesse Scroggins, who is now with the Salt Lake Screaming Eagles of the Indoor Football League. So, too, is ex-Arizona center Steven Gurrola.

Jessie, in addition to being a good left-handed hitter, is known for her defense. This catch below helped preserve Sunday’s no-hitter.

Baylor beat Arizona twice in an NCAA regional in College Station, Texas, in 2013.