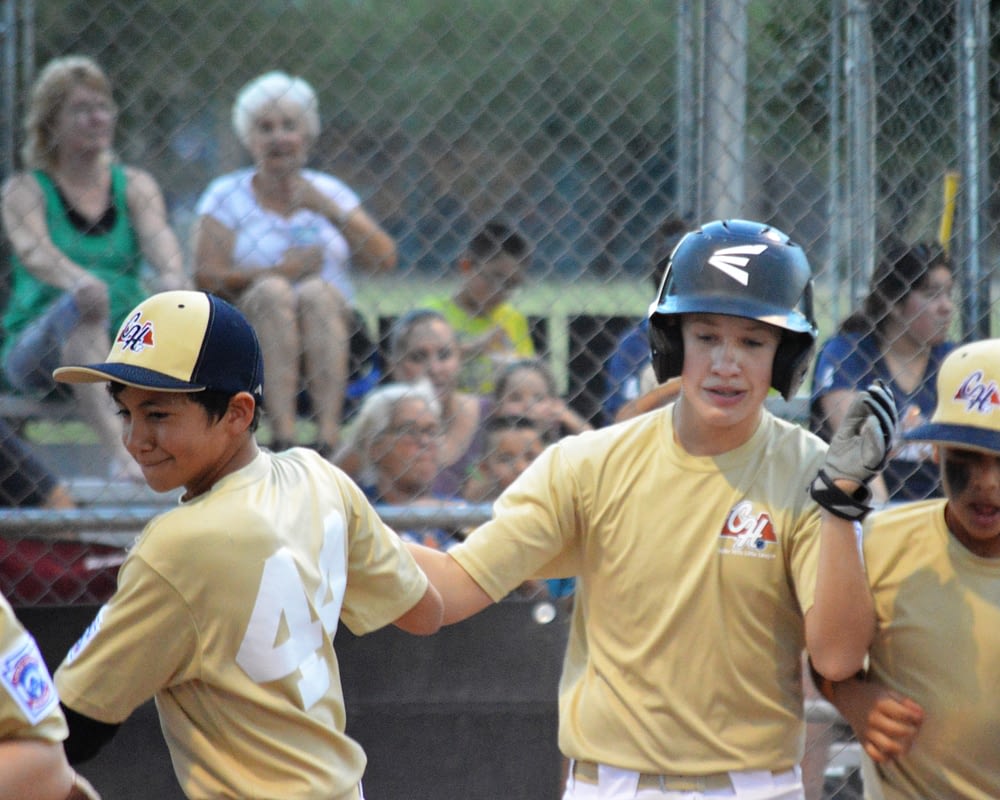 Terrance Hicks may have been the shortest player on the field Saturday night but the Sahuarita Middle Schooler took the biggest risk and it paid off big time for Copper Hills. Down 5-1 with the bases loaded and two outs, Isaiah Higuera hit a shot to right field and Hicks came running in for what appeared to be a routine collection of a single to limit the damage but Hicks took a chance and made a running slide for the ball.

Had Hicks missed the ball, chances are good Higuera cashes in on an inside-the-park grand slam and the game is tied but the pop of his glove indicated a perfectly timed dive and Rincon was turned away. It was the defensive turning point of the game.

“I just ran for it and I felt prepared,” Hicks said. “I knew I was going to catch it.”

Benny Ibarra reached on an error to start the top of the second and it proved costly after Hicks drove him in two outs later on his triple. Hicks came around to score on an errant throw on the play.

Ethan McHolm got the start for Rincon and he had five strikeouts in the game. Matt Altherr pitched in the sixth. Jackson went 2-for2 with a home run and two RBI, Altherr went 2-3, McHolm had a hit as did Luis Camacho. Higuera went 2-3.

Partain recorded seven strikeouts got the win for Copper Hills and Johnston picked up two strikeouts in relief. Johnston went 4-4, Partain went 2-4 with a double, Edwards had a home run and four RBI, Brian Brinmer and Diego Alvarez had singles. Hicks had an RBI triple.

In 8-10 Baseball action, Copper Hills will play Sunnyside on Monday night for a shot at Rincon for the District 12 championship on Tuesday night. Rincon is 3-0.